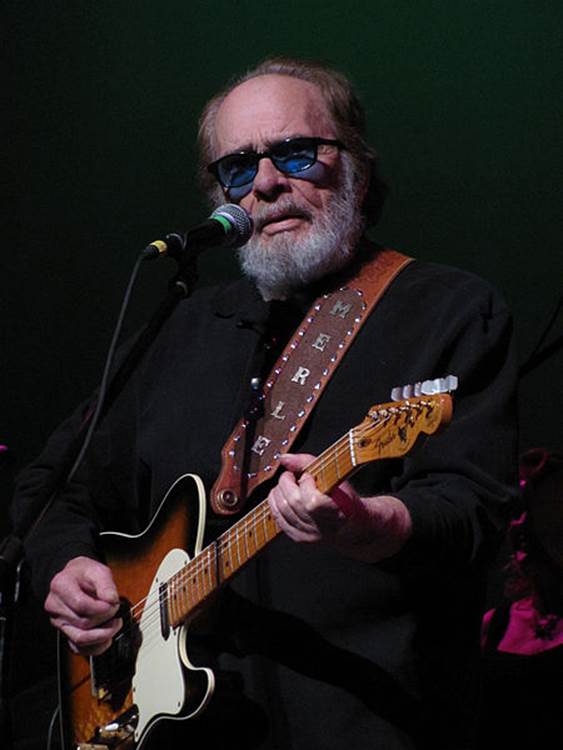 By Jeremy Luke Roberts [CC BY 2.0 (http://creativecommons.org/licenses/by/2.0)], via Wikimedia Commons

With his health in decline for many months, the news that Country music legend Merle Haggard has died was not unexpected, the fact that he passed on his 79th birthday was. According to his manager, Merle Haggard died at 9:20 a.m. in California, after a lengthy hospitalization for double pneumonia.

Merle Ronald Haggard was born in Oildale, California in 1937, a town outside of Bakersfield, the city from which he would get his start with another country legend, Buck Owens, in a band called The Strangers.  A childhood found Haggard in and out of juvenile detention centers and on the road as a runaway. The outlaw brand of country music he is so identified with was a close reflection of his early life.

Oddly enough it was in prison where he decided to turn his life around and an appearance in the prison by Johnny Cash further inspired him to try his hand at music. From his first top ten hit in 1962 until his first #1 hit in 1966, Haggard grew a following with his songs of being a fugitive and prison.

Already an established artist in 1969, he reached another level with “Okie From Muskogee,” a political statement that wasn’t intended to be. Artists such as The Byrds, Dean Martin, The Everly Brothers, and even the Grateful Dead began recording Haggard’s songs. His songs did grow more political as time went on, “The Fightin’ Side Of Me” as an example of where his right wing political stance was documented.

His career continued to ebb and flow over the years, but he continued creating music and collaborated with many performers such as Willie Nelson and George Jones. Between 1981 and 1985 alone, Haggard scored nine #1 songs on the country charts.

Haggard was inducted into the Country Music Hall of Fame in 1994, awarded a lifetime achievement Grammy in 2006, was given the lifetime achievement award from the John F. Kennedy Center in 2010, and in 2009 a portion of the 7th Standard Road in his birth town was renamed in his honor.

A longtime smoker, Haggard underwent surgery for lung cancer in 2008,where a part of his lung was removed. In December of last year he contracted pneumonia from which he had only just recovered before relapsing from this case of double pneumonia, which ultimately led to his death.