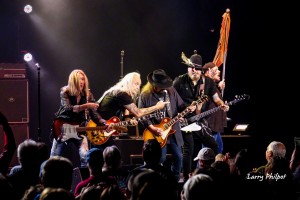 A slight chill was in the air in this small Indiana town, a generation removed from little pink houses, but with quiet, tree lined streets and small brick ranch homes mostly built in the 1950s, the leaves are just beginning to turn color. The town is like any other small town, virtually indistinguisable from blue collar factory workers’ neighborhoods in Detroit to the north, and Dayton to the east, with one exception – it was homecoming weekend at Ball State University.

The town of Muncie, and its nearby neighboring cities have suffered a one-two punch from the loss of General Motors, once Indiana’s largest employer, and then the economic downturn in 2008. But this is Indiana, sometimes referred to as the Athens of the Midwest. In the deep South, people drink sweet tea and moonshine from Mason jars. In Indiana, they are Ball jars, the signature product of the Ball Corp, a group of industrialist brothers who bought the defunct Normal College in Muncie and gifted it to Indiana in 1918. As farming and canning were in their heyday, this school rose from the ashes thanks to the Ball brothers, who also founded Ball Memorial Hospital, which grew Ball State from a college for teachers to nursing, along with agriculture. BSU is small, but affordable, and students can get a great education here, but now, thanks to a former C student, local TV weatherman from Indianapolis, it houses the David Letterman school of Communications. It also houses Emens Auditorium, a somewhat small venue that is unremarkable compared to the building that holds it, with one exception: the sound system.
Home to a series of plays and intimate performances by serious musicians throughout the year, the $3 garage parking is a stark contrast to what one would expect for a Lynyrd Skynyrd concert, especially when just four days before, the Tennessee highway patrol issued a traffic warning for three hours prior to their Skynyrd concert. 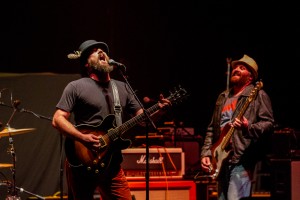 The Mason jar and Ball jar people came together for a Saturday night to remember when Southern Rockers, Lynyrd Skynyrd performed with Regional favorites The Easthills, and fireball 20 year old Ben Gallaher, who uses the tagline of “Straight Up Country, with an Edge.”

The Easthills opened with frontman Hank Campbell shaking hands with the photographers, and greeting the crowd. 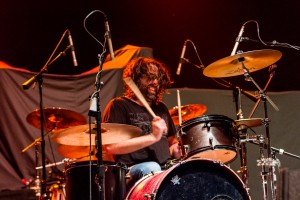 Playing music from their critically acclaimed first release, Death of a Salesman, it’s easy to see that this band has versatility, yet bills itself as a rock and roll band. sporting a hat he was dared to wear for one song, Campbell was as comfortable as in his living room on the Emens stage, having attended BSU years before. When listening to Death of a Salesman, it seems difficult to refer to the music of the Easthills as “midwest rock and roll”, such as the music of Seger or Mellencamp. The songs seem to be influenced by several genres, and Campbell explains that the album was seventeen years in the making. 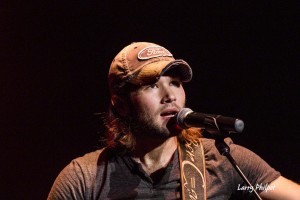 Gallher, a 20 year old Nashville college student, and native of Pennsylvania, was just  signed to Sony last week and is a bundle of energy onstage. With Ashton Kutcher good looks, and having more fun than the audience, time will tell if he has the staying power to gain a foothold into today’s changing entertainment landscape.

At 9:15pm, Skynyrd took the stage to wild applause, opening with “MCA.” The show lasted about 80 minutes, with the band doing Free Bird as its encore. With a catalog of over 60 albums, sales beyond 30 million worldwide and their beloved classic American rock anthem “Sweet Home Alabama” having over two million downloaded ringtones, Rock & Roll Hall of Famers Lynyrd Skynyrd remain a cultural icon that appeals to all generations. The legacy began some 41 years ago in Jacksonville, Florida, and halted for a decade by the 1977 plane crash that killed three band members, including Ronnie Van Zant and Steve Gaines. Since then, the band tragically lost Allen Collins, Leon Wilkeson and Huey Thomasson, yet Lynyrd Skynyrd rocks on with original member Gary Rossington joined by Johnny Van Zant, Rickey Medlock, Mark “Sparky” Matejka, Michael Cartellone, Johnny Colt, Peter Keys, Dale Krantz Rossington and Carol Chase.
Grade: A-