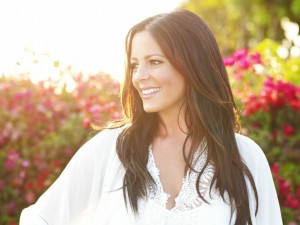 INDIANAPOLIS – On Sunday, October 20, the Indianapolis Colts will host their first primetime game at Lucas Oil Stadium since 2011 as they play the Denver Broncos on NBC’s Sunday Night Football. Today, the team announced that multi-platinum selling country artist Sara Evans will sing the national anthem and perform during halftime of the game. Evans, who recently released her new single “Slow Me Down,” which is the first single from her forthcoming album set for release early next year on RCA, has celebrated several number one hits over the years including “No Place That Far,” “Born to Fly,” and most recently “A Little Bit Stronger.”

“We are thrilled to welcome Sara Evans to Lucas Oil Stadium for Sunday Night Football,” said Indianapolis Colts COO Pete Ward. “As not only a tremendous singer and performer, but also an avid football fan, Sara is the perfect act to help us welcome primetime football back to Indianapolis.”

“What better way is there to score tickets to one of the hottest football games of the week, then to be singing the national anthem for it?” jokes Evans.

Sara Evans has enjoyed a prolific recording career with nearly 6 million records sold and 5 #1 Country singles, including “Suds In The Bucket,” “A Real Fine Place To Start,” and “A Little Bit Stronger,” which spent 2 weeks at #1 and was certified Platinum by the R.I.A.A. Evans has garnered numerous accolades over the course of her stellar career, including the Academy of Country Music’s Top Female Vocalist honor and the Country Music Association’s Video of the Year for her hit chart-topping single, “Born to Fly” from her double-platinum album of the same name. Named to People Magazine’s “50 Most Beautiful People,” Sara Evans’ career also includes the Platinum-selling studio albums Real Fine Place and Restless, the Gold-certified No Place That Far and the double-Platinum sellingBorn To Fly. Evans’ first single in a year “Slow Me Down” is now available at all digital retailers. The single, which has already been garnering an enthusiastic response, was produced by Evans and Mark Bright (Reba McEntire, Rascal Flatts, and Carrie Underwood). Fans can get more information on Evans and purchase the single by going to www.saraevans.com.