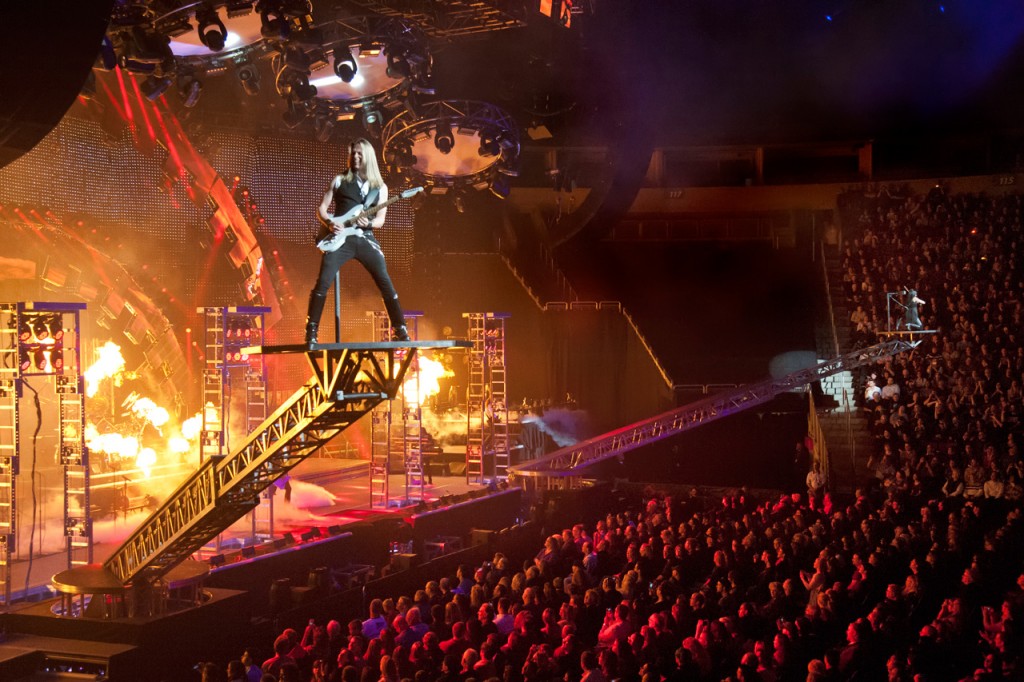 Indianapolis – Trans-Siberian Orchestra (TSO) will celebrate their first 15 years of touring with an encore and final performance of their multi-platinum rock opera, “The Lost Christmas Eve.” TSO’s 2013 Winter Tour will begin on November 13th, playing over 100 shows in 67 cities across North America, presented by Hallmark Channel.

B-105.7 ‘Soft Rock’ WYXB, WTHR Channel 13, Old National Bank and Live Nation are proud to welcome TSO when they return to Indianapolis for one spectacular show at Bankers Life Fieldhouse on Thursday, December 12 at 7:30 p.m. Tickets are on sale now with a portion of the proceeds from every ticket benefitting Riley Hospital for Children.

TSO, whose phenomena has grown year after year, has played over 1,500 shows for more than 10 million fans in the past fifteen years, and quietly became one of the world’s biggest arena rock acts. The unprecedented fan driven growth is a testament to TSO founder Paul O’Neill’s vision of “Rock Theater,” the perfect amalgamation of Broadway storytelling with the spectacle of rock, delighting audiences of all ages year after year.

For one final year, audiences will get to experience the modern Charles Dickens-like classic, “The Lost Christmas Eve.” Following the 2012 premiere of this acclaimed rock opera, critics were raving, calling it “…a must see for any music lover,” “…a rock ‘n’ roll holiday celebration worth seeing!” and an “unrivaled spectacle of sight and sound.” “The Lost Christmas Eve” features a diverse soundtrack fusing elements of rock, classical, folk, R&B, and theatrical-styled music, with the story taking you on a journey into the “Capra-esque” world of TSO creator / producer, Paul O’Neill. The critically acclaimed rock opera encompasses a rundown hotel, an old toy store, a blues bar, a Gothic cathedral, and their respective inhabitants all intertwined during a single enchanted Christmas Eve in New York City. “The Lost Christmas Eve,” performed in its entirety for the final time, will feature the hit single “Wizards in Winter” as well as longtime crowd favorites, “Christmas Nights in Blue” and “Siberian Sleigh Ride.” It will be followed by songs from last years EP release from Lava/Republic, “Dreams of Fireflies (On a Christmas Night),” classics from TSO’s debut album, “Christmas Eve & Other Stories” and the rest of the heralded catalogue of rock operas.

While off the road, TSO is constantly stockpiling new projects in their Rock Theater arsenal, including the rock operas “Gutter Ballet and the New York City Blues Express,” “Letters from the Labyrinth” and “Romanov: When Kings Must Whisper,” an epic story set amidst the Bolshevik Revolution.

Since their debut in 1996, TSO has defied the rules of an ever-changing music industry being regarded as a mix of The Who’s “Tommy”, Andrew Lloyd Weber’s musicals, and Pink Floyd’s expansive light show.. Year after year, the group has ranked in the Top 10 for both gross revenues and attendance, according to Pollstar magazine. Having played live to over one million fans each year TSO saw a 15% increase in sales alone in 2012, transforming them into a year round tradition that’s here to stay.