The Rides Make A Pit Stop in Jersey 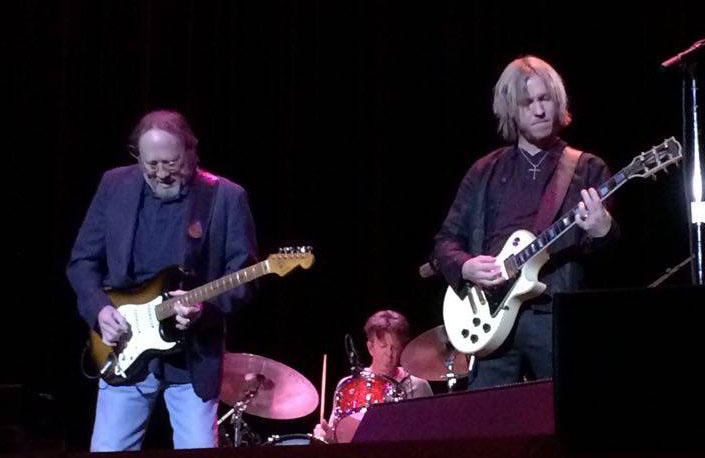 Just a week into the tour supporting their new release Pierced Arrow, The Rides took the stage of Bergen PAC in Englewood NJ and quickly established just what this evening would be about.

Opening with “Kick Out Of It,” the lead song off the album, heads immediately began nodding and feet started tapping. Stephen Stills first took the spotlight with a gritty vocal pushing hard over the rock beat, soon bringing in Kenny Wayne Shepherd to really start kicking it up.

Just as it does on Pierced Arrow, “Riva Diva” followed “Kick” and brought Shepherd up on lead vocal for the fast tempo, pull-out-all-the-stops rocker. Barry Goldberg worked a fine honky-tonk on the keys, with Chris Layton driving the rhythm on drums. 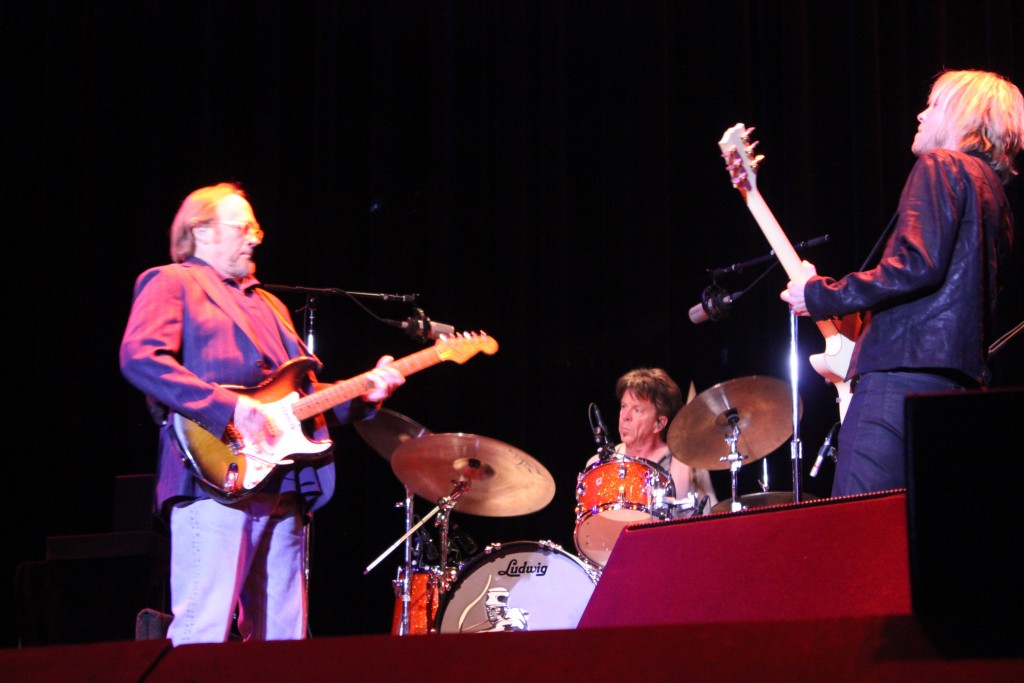 After a few words with the crowd, Stills eased into the band’s first album Can’t Get Enough, with the slower, more bluesy “Roadhouse.” Slower but punctuated by a shot of blistering heat from Shepherd’s guitar. Hearing a great guitar solo on an album gets you twitchy in anticipation for seeing it live. That twitchiness is balanced by the unending shots of adrenaline getting pumped through your veins seeing it done before your eyes. All damn night.

Staying with the first album “Talk To Me Baby” was full crying blues. The strong bass work of Kevin McCormick laid the path for Stills and Shepherd to have a little fun, while Goldberg positively shone with that roadhouse sound. 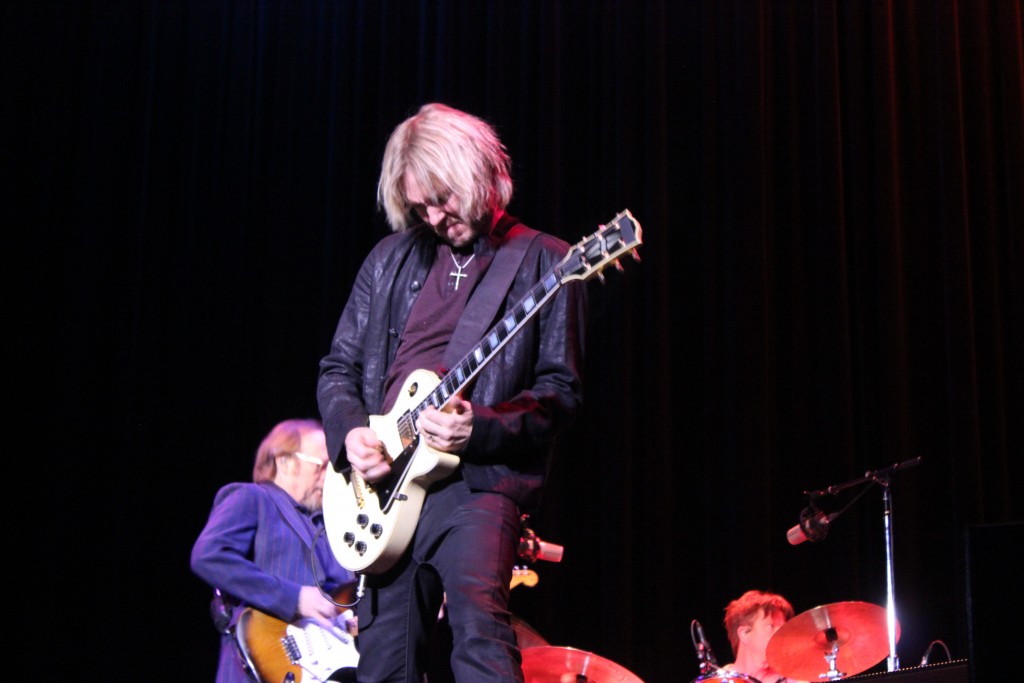 “By My Side” is a beautifully written ballad off the new album. With a haunting vocal from Shepherd, the guitar work becomes a slow dance between Stephen and Kenny. Beautifully executed, throughout the hall you could hear a pin drop.

Moving into the new social reality, Stills introduced “Virtual World” by talking of how we are all consumed with the world inside our phones while we miss the world around us. Sweet harmonies and classic Stills guitar work makes this song off Pierced Arrow familiar, like that friend who is right next to you, yet so far away.

When Shepherd, Stills and Goldberg first got together, they said they couldn’t get enough of the feeling resulting from the music they made. Hence the title of their debut album Can’t Get Enough. Seeing it played out in front of you, it’s easy to understand. The connection between Shepherd and Stills comes fully into view as their energies merge together. There’s a comfort between them, no showmanship, just a complimentary ebb and flow.

Going back to an old Barry Goldberg/Gerry Goffin classic, The Rides worked a fine cover of the Gladys Knight & the Pips hit “I’ve Got To Use My Imagination.” Their arrangement takes it on a blues ride complete with Goldberg firing up the Hammond for a lively drive, before the guitar guys blew the gaskets off to end the song. A little technical glitch had Stills background vocals a little hard to hear, but nothing could take away the impact of all cylinders firing. 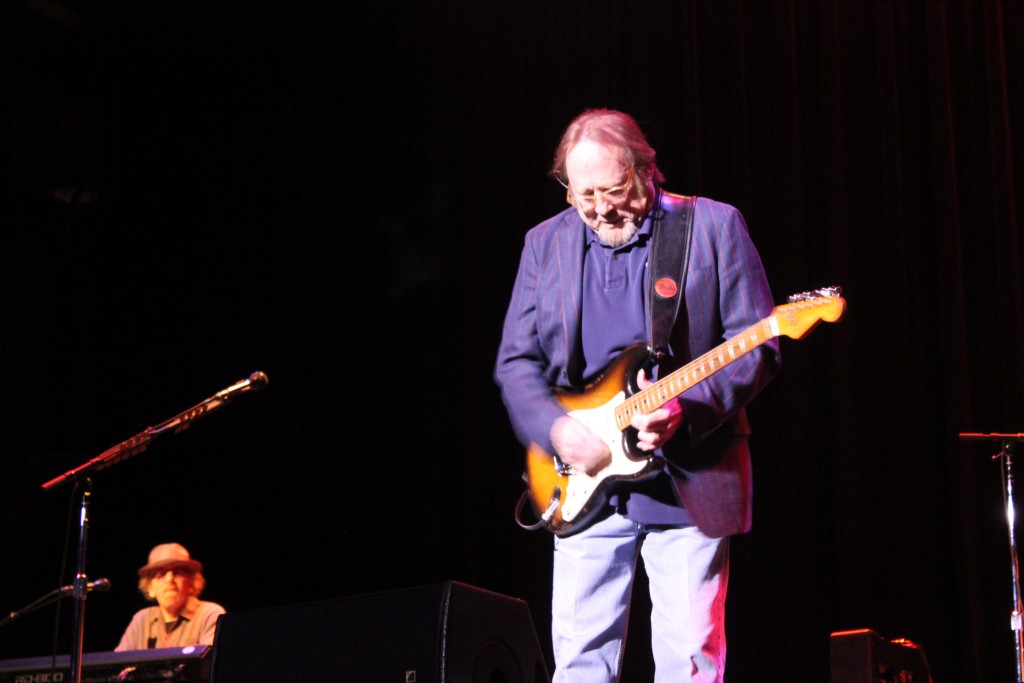 With the extensive catalogs of both Stills and Shepherd the question of when some solo material would find its way onto the set list was answered toward the end of the show. First up was Kenny doing the vocal normally sung by Noah Hunt in the KWS Band on his classic “Blue On Black.” Seriously, with two masters on guitar and a song so well written, how could they miss?

Closing out the set, Stephen pulled out an old chestnut and told everyone “if you can’t be with the one you love, love the one you’re with.”

Coming back for the encore, after the band introduction Kenny launched into the vocal of the lively roadhouse rocker, “I Need Your Lovin’.” The song offered plenty of room for each member of the band to stretch out a little, highlighted by a vicious pounding of the keys by Goldberg and some fancy finger work by Stills and Shepherd. Last song of the night was one with some history for Stills. From their first album, the cover of Neil Young’s “Rockin’ In The Free World” showed just how different a song can sound with a different guitar style. It was loud, high energy and it rocked.

The whole night did. 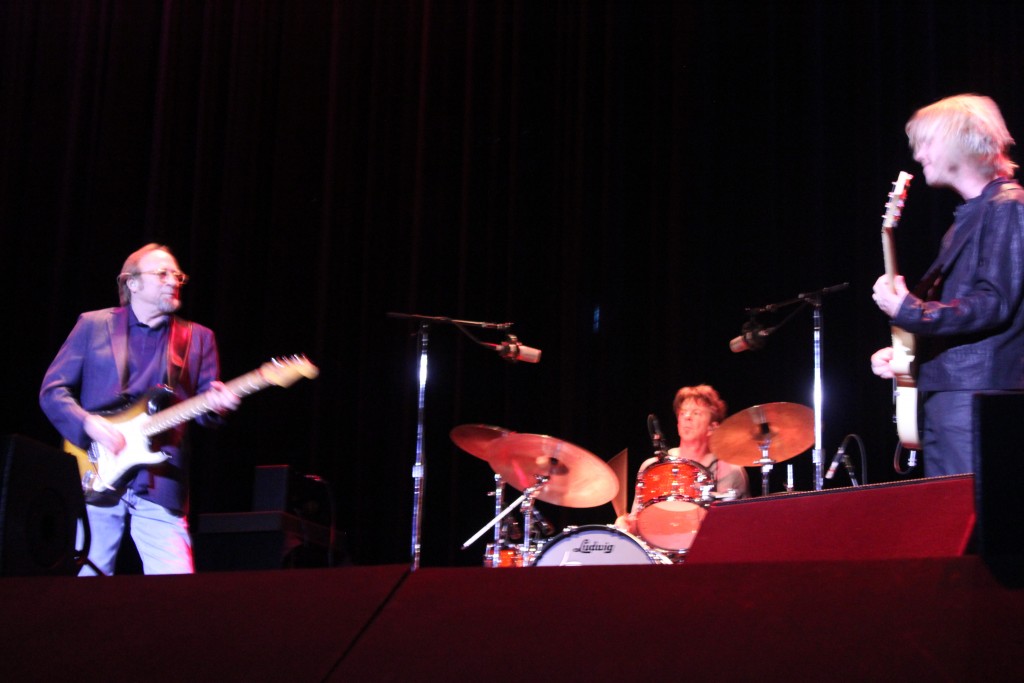 The tour has just started so there are probably still some bugs to work out, though it wasn’t apparent from watching. The band seems to be relaxed, having fun, and in tune with each other. The mutual admiration between Stills and Shepherd is apparent. There isn’t a hint of competition, only respect. Near the close of the show, Stills spoke of Shepherd’s speed in guitar playing, acknowledging the years have taken away some of his own quickness. Shepherd was quick to acknowledge Stills as “the one and only.” And he is.

Barry Goldberg, while not the headline name, is as integral to the sound as either Stills or Shepherd. It was his suggestion after all, that started putting the pieces of the band together. His keyboard work is top-notch, as is the rhythm tandem of Chris Layton and Kevin McCormick.

The Rides do not take you out for a leisurely Sunday drive. They’re more of a get your ass to the old juke joint on Saturday night and stumble out satisfied Sunday morning kind of band. See them.