The Easthills – Live in Concert 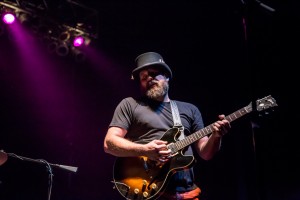 (Indianapolis, IN) — MOKB Presents proudly welcomes The Easthills live in concert for a special one night only headlining event on Saturday, February 27, 2016 at the White Rabbit Cabaret located in Indianapolis’ Fountain Square district. General admission tickets are $8.00 in advance and $10.00 day of show. Fans can also purchase a special $15.00 ticket and CD package in advance (or at the door while supplies last) which will include access to the show and a copy of the band’s forthcoming 2016 full-length album “Fear and Temptation”. Those who purchase the $15.00 ticket package online in advance will receive their CD the night of the show upon entry. Tickets are available and on sale now via mokbpresents.com and ticketfly.com. Special guests will be announced soon.

The Easthills are based in rural Indiana. The band recently released “Mothers & Fools”, the first single from their 2016 full-length sophomore album. The song features guitarist Doug Gillard (of Nada Surf and formerly of Guided By Voices; among others). The Easthills are rounding out 2015 recording the 2016 follow-up to their critically acclaimed 2013 debut full-length album “Death of a Salesman” and the 2014 EP “World Class Prick”. Once again, producer Doug Henthorn (Healing Sixes, Jason Bonham, Joe Bonamassa) is at the helm. The new album promises another dose of indie pop rock meets classic rock, special guest appearances (including Gillard on six songs) and a new sense of urgency for a band ready for the next chapter.

Since the inception of The Easthills they have played multiple Midwest shows with REO Speedwagon, Fastball, Georgia Satellites and Here Come the Mummies while also serving as support for Cheap Trick, Lynyrd Skynyrd, The Reverend Peyton’s Big Damn Band, Tesla, Ian McLagan (Faces), The Romantics, Cracker and Blues Traveler. The band has also appeared on several noteworthy music festivals playing alongside the likes of Weezer, Roky Erikson, Guided By Voices, Meat Puppets, Chris Robinson and many more. The Easthills have also played two of their own headline shows in Indianapolis; selling out both.