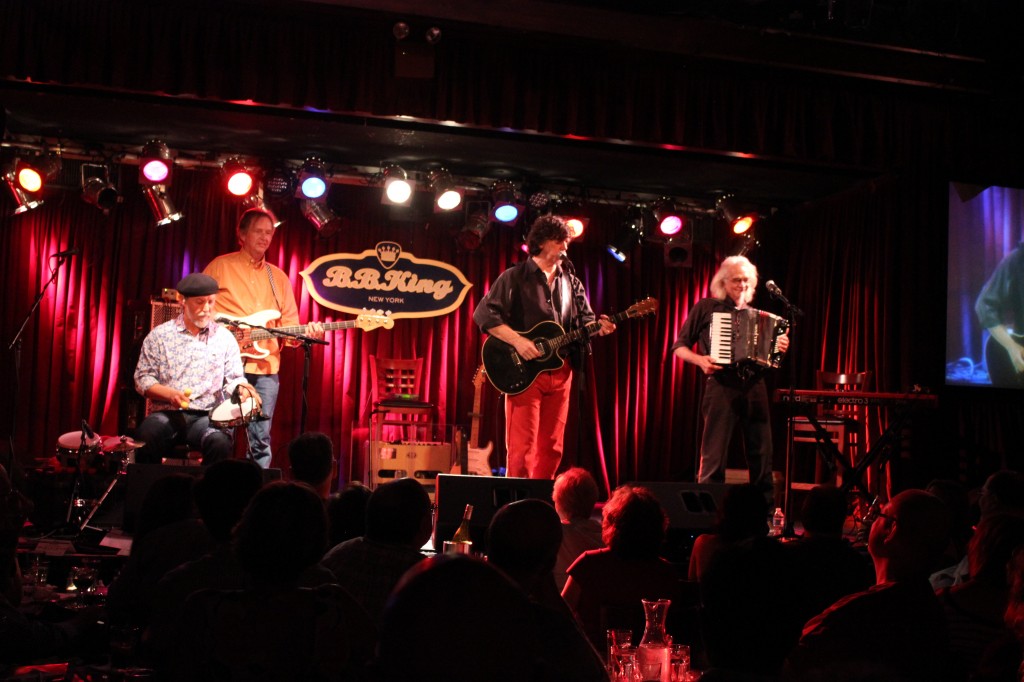 The date was entered into the iPhone calendar as soon as it was announced. The original subdudes were back together and would be playing BB King’s in NYC.

In March of 1987, three members of the Continental Drifters and another musical friend got together for an acoustic show in New Orleans. That for-one-night-only show started what has been an on and off partnership for over twenty-five years. Over that time the subdudes made a few changes in the band, have been on hiatus, have regrouped, and now are on tour with the original lineup. 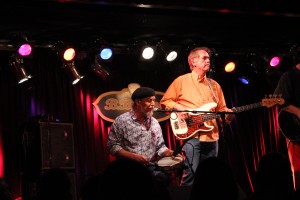 Much like the blend of food their old hometown is known for, the music of the subdudes is a gumbo of zydeco, folk, roots, and a lot of swamp thrown in. It is based on sweet harmonies, lots of squeezebox melodies and, the absence of a drum kit. It is subdued… to a point.

As the band took the stage, you quickly notice there’s been a lot of miles in the rearview mirror since the publicity poster announcing the date was photographed. While you see there’s a lot more gray hair, you also see the level of ease with which these long-time friends play against each other.

Saying “Hey, good evening to you” and “It’s great to be back,” to the well-filled hall, the crowd then returned the greeting with the welcome of seeing old friends after they’d been gone for far too long. Halfway through their first song “One Time,” I realized I had been smiling since the opening notes. It was a smile that lasted throughout the set.

Lack of drum kit doesn’t mean lack of percussion. One of the most interesting things of seeing the subdudes, is watching Steve Amedée set the rhythm using a tambourine with a skin, some cymbals, and assorted ‘sticks, spoons, and spatulas’, to make some noise. His sound is mic-ed and provides all you could want and more. 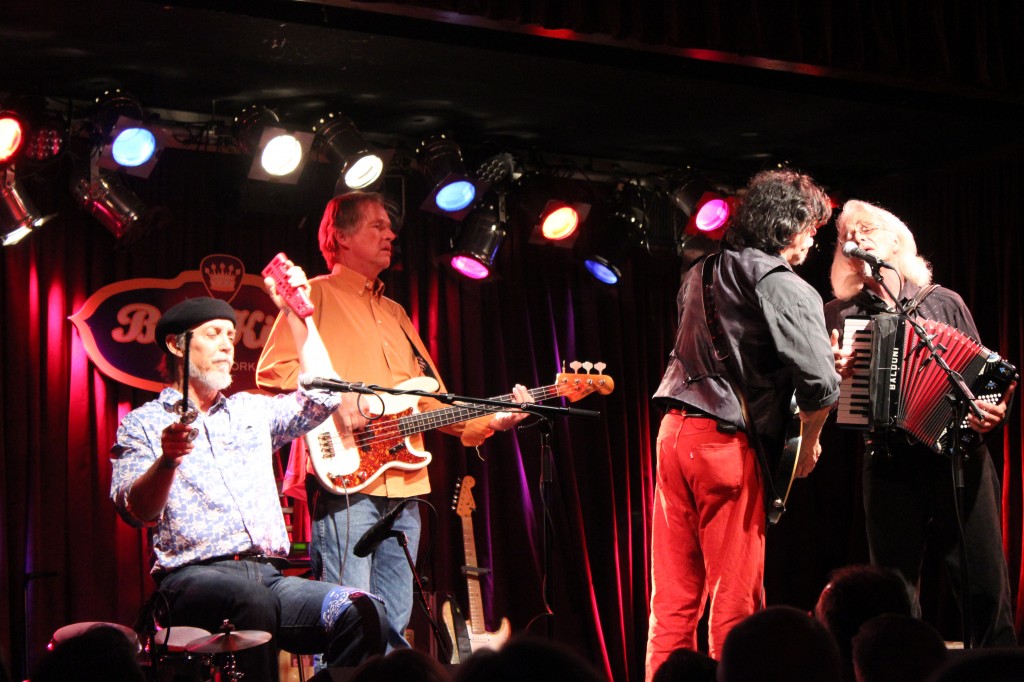 “Message Man,” as does most of their music, pulls a lot of its punch from the masterful accordion playing of John Magnie. His long, white hair next to the red bellows of his accordion provide a striking stage presence. The personnel change in this go-around for the subdudes is the return of bass player Johnny Ray Allen after sixteen years, and it’s very nice to have him back.

As always, the lead vocals and guitar are handled wonderfully by Tommy Malone. Understated, with just the right passion, Malone has the kind of voice you could listen to every night and still enjoy every minute of it.

Going through their catalog, hearing “Tell Me What’s Wrong,” “Why Can’t I Forget About You,” and “He’s Got You On His Mind,” I realized why the smile was still on my face. Listening to the subdudes is like coming home after a long trip. While it’s good to be gone, there’s nothing like the feeling of home. Even if you’ve never heard their music before, listening to them has a familiarity of shared experiences and the comfort found in that. 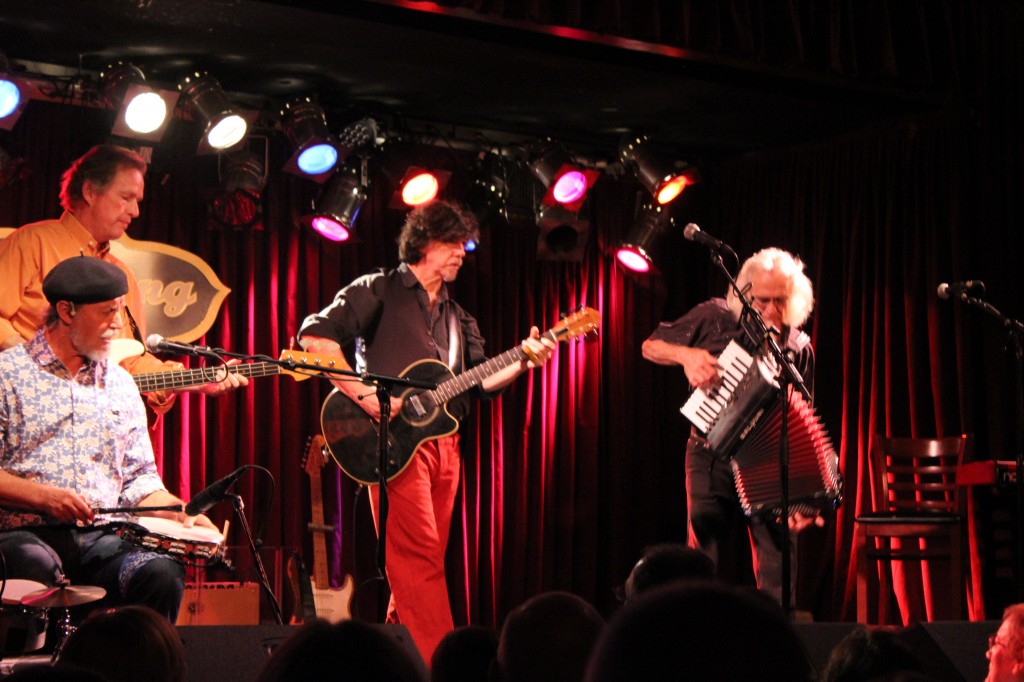 “Late At Night,” with its Cajun beat, and the foot movin’ “All The Time In The World” ended the set, but the fun continued as the subdudes came out for an encore. With insanely good harmonies as a starting point, the subdudes returned singing a cover of the Chi-Lites “Have You Seen Her.”  The night ended by going back to the beginning and a lively, rocking on all cylinders version of “Light In Your Eyes.”

The set was a joy from start to end. The band performs in a relaxed, informal style, while at the same time showing off their experience, ability and unique sound. BB King’s was filled with anticipation before the show began, at the end, it was filled with the crowd wanting more, but more than satisfied with what they had been given.

And isn’t that just how every show should end?