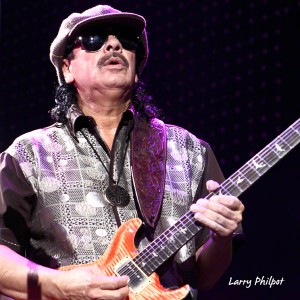 Santana IV features 16 all-new tracks written and produced by the band that burst with the same unparalleled energy and superlative musicianship that made Santana a pioneering force in world music and a household name across the globe. Joining the core Santana IV band in the studio are current Santana members Karl Perazzo (percussion) and Benny Rietveld (bass), with the legendary vocalist Ronald Isley guesting on two cuts.

Carlos Santana will reunite with members of the original Santana Band on March 21 at the House of Blues at Mandalay Bay in Las Vegas.

Included in the lineup is guitarist Neal Schon along with Mike Carabello, Michael Shrieve, Greg Rolie and Jose Ares.

The show will also be taped for television. Tickets will go on sale March 14 at 9 AM PT via Santana’s website.