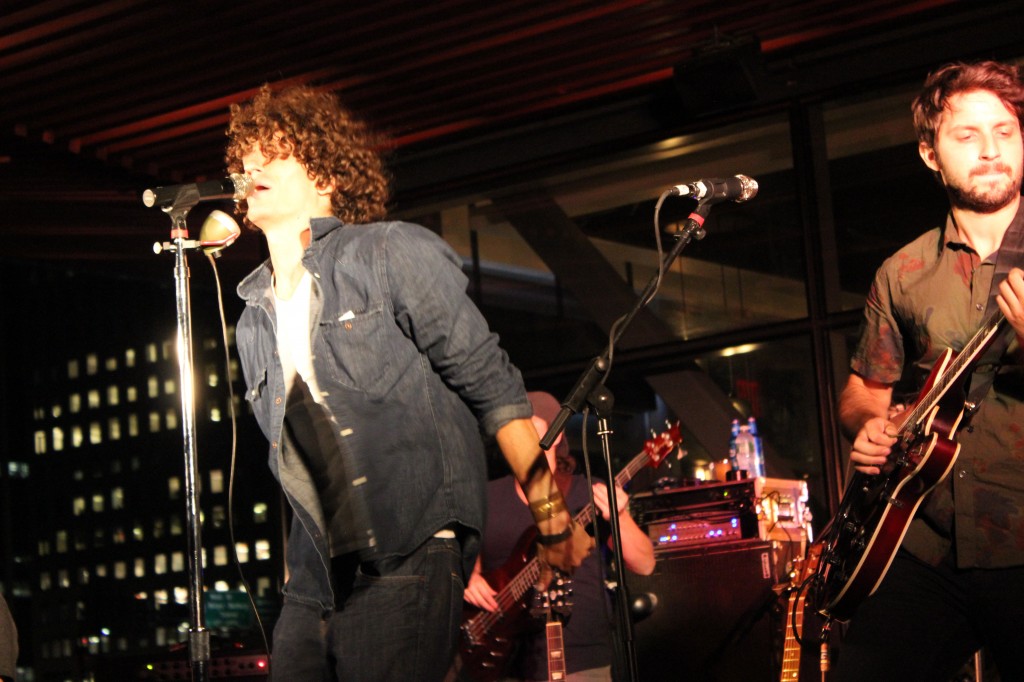 With a temperature of 76 degrees at 8 pm, the sun was setting on the west side of Manhattan Island while the nightlife was picking up at the South Street Seaport on the east side. The Watermark Bar is set on a pier over the East River with a view of all three bridges that connect Manhattan and Brooklyn. As harbor cruise ships, water taxis and speed boats navigated the river, NolaFunk Summer Jazzfest was underway in NYC, and it was almost time for The Revivalists to take the stage. 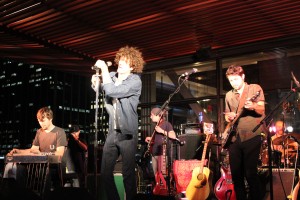 The Revivalists are a seven piece band out of New Orleans, throwing down funk and rock rhythms, creating an almost spiritual fusion of harmonies, horns and raising-a-little-hell vocals. Not a band to concern themselves with conforming to their own mold, The Revivalists are a free-form life force, ever creating and ever changing.

Why bother to slowly set the mood when pumping the crowd from the first song is such a better option. As David Shaw’s distinctive vocals began the set with “Stand Up,” the rest of the band immediately kicked into high gear as they drew the crowd into the music. Full of energy, and frenetic at times, Shaw is a mesmerizing frontman, with arms in constant motion and hair that moves to its own tempo.

“Concrete,” off The Revivalists self-titled 2008 EP was next up, and allowed guitarist Zack Feinberg a little room to move, and Michael Giradot on keys, provided a little hint of what was to come. After asking for a little more volume on the pedal steel, Ed Williams proceeded to kick it out through “Not Turn Away” from their Vital Signs album. 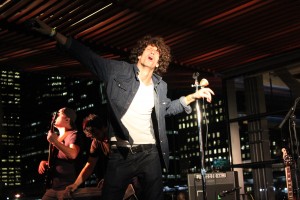 Shaw, not content with interacting from the stage, jumped off several times to reach out to the audience in the front of the stage, all without missing a beat. If he wasn’t connecting with the crowd, Shaw was focusing the spotlight on the rest of the band, enjoying every minute as the other players took their solo turns during the night.

Standing near the stage, it was easy to enjoy the sweet blend these seven musicians have created in their music. However if you wandered from the center to grab a drink on the sides of the space, or retreated to the rear to enjoy the view of the lights on the river, the lackluster sound system prevented any real enjoyment. The venue itself is a great place to see a show, not a great place to hear one. Besides the sound, the venue is more of a place to hang out and listen to some music while gathering with friends, than it is a place to go to hear some music. That aside, The Revivalists have enough going for them to overcome these issues. 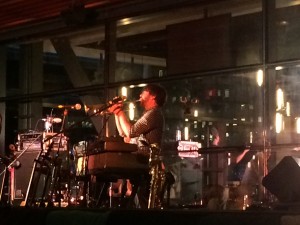 The set went back and forth from their first two releases through their new album, City of Sound. “Chase’s House,” “Criminal,” and the song of their latest video, “Navigate Below,” were more than familiar to the crowd, and “Criminal,” was especially well received.  “Souls Too Loud,” and “Catching Fireflies,” from Vital Signs were also clearly set choices the audience was happy to hear.

The encore began with the audience singing as The Revivalists played the opening notes to “Soulfight,” mellow and a nice way to close off the evening. 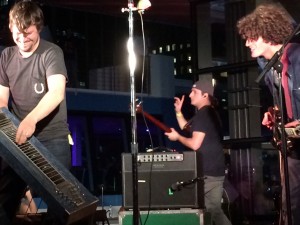 From start to end, The Revivalists proved why they are considered one of the acts to watch in the Indie scene. Taking influences found in their native New Orleans, combining those rhythms with varied instruments like pedal steel, sax, and trumpet, along with strong guitar, bass and keys, and throwing in a charismatic, exceptional vocalist and what you end up with is the feeling that there is an exit way out of the current musical abyss we are experiencing.

The Revivalists may just be light at the end of the dark tunnel of what is now considered good music, even if it’s just the faint glow of some fireflies. 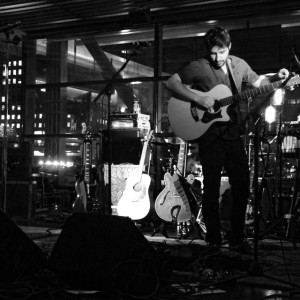 It Was A Sin

All In The Family