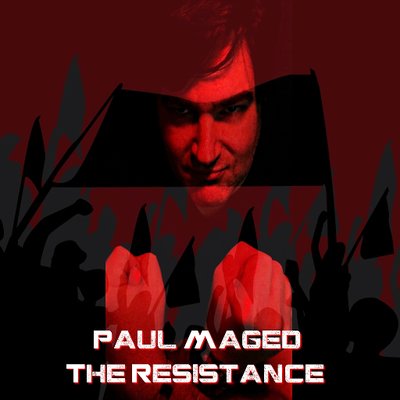 Sometimes the best laid plans… well, you know how that goes. When we last caught up with New York singer-songwriter Paul Maged, he had just released the first in a trilogy of planned EPs. After Light Years Away and The Green River, Maged took a slight detour to release a single with a message he felt needed to be heard during this tumultuous political climate.

While some artists have laid low in dealing with their political views, Maged lays it all on the line with his song and video titled “The Resistance.” The third part of the EP trilogy has been pushed back to later in the year because as the artist said “We changed our plans due to the current political climate and feel like this is an extremely relevant and important song that needs to stand on its own.”

So, on this day where a new Congress is sworn in, it seems like a good time to check out “The Resistance.”

Filled with images of protests and unrest, there are also some fun and sarcastic moments. A cartoon figure of President Trump dancing around to avoid the twirling blades of a blender, some old footage of the original Frankenstein movie where the villagers chase down the monster, and a personal favorite… the clip of Mr. Ed, the talking horse, with the words “Stable Genius” superimposed.

The lyrics leave no doubt as to how Maged feels toward the current head of the union, but the words he’s written fully cover the entirety of what he considers the betrayal of the country.

While ‘The Resistance” is slated to be included in the upcoming EP, Maged and his longtime producer Sean Gill, felt the song and the message deserved to have their own space.

Take a listen and join “The Resistance.”

“The Resistance” on Spotify