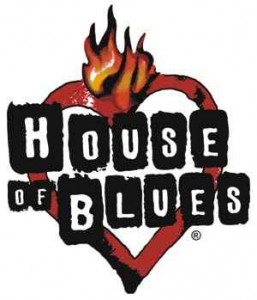 Indianapolis-IN – November 5, 2013 – While HOBE is still a few weeks away from unveiling the name of the new 900 capacity concert club in Louisville, they have hired Matt Schwegman as lead talent buyer for the venue. In addition to booking shows at the new room (set to open in April of 2014), Schwegman will also be responsible for booking the Louisville Palace Theater and overseeing all HOBE interests in Kentucky. A graduate of the University of Cincinnati, Schwegman got his start at another Live Nation venue, Bogart’s Concert Club. In 2000, he moved to Indianapolis and has booked The Vogue for the past 13 years, helping create a thriving & vibrant music scene in the Indiana state capital.

“Matt has a great understanding of the club business, and we look forward to him bringing that same club mentality to Louisville”, said Dan Kemer Vice President of HOBE Midwest Music. “In addition to his club knowledge, he’s also created several festivals including the inaugural Wheelhouse Festival and Party in the Parks in Broad Ripple. We look forward to his creativity in the thriving Louisville music scene, in addition to his booking responsibilities on South 4th Street.” “I am looking forward to joining the HOBE team in a city that I have always had a great fondness, while bringing in world class artists and musicians and helping Louisville maintain and continue a great live music tradition” said Matt Schwegman. “On a personal note, my family & I are excited about being members of such a fun, eclectic community.”

In additional news, The Vogue, in Indianapolis, will join the House of Blues family in an exclusive booking arrangement. Matt will continue to oversee bookings at The Vogue with support from Dan Kemer and the Live Nation Indianapolis office during his transition to Kentucky. “Not only is this a great move for myself, but an amazing opportunity for The Vogue,” said Schwegman. “Being part of the HOBE family will only strengthen The Vogue’s live music tradition. The transition will be seamless and business as usual as myself & the rest of the Midwest HOBE team will be able to continue to program the venue with national touring acts, while keeping the Indy music scene involved with local & regional showcases. Plus, the ability to combine our marketing resources & knowledge is going to help make The Vogue one of the top live music venues in the Midwest.”

With over 100 owned/operated and affiliated clubs and theaters, The House of Blues Entertainment portfolio, a division of Live Nation, is wide-ranging including the legendary Fillmores and the intimate House of Blues clubs throughout the United States. House of Blues Entertainment is the country’s pre-eminent live music venue collection featuring state-of-the-art sound and lighting technology in one-of-a-kind custom designed environments aimed to bring fans and artists together in unparalleled musical environments