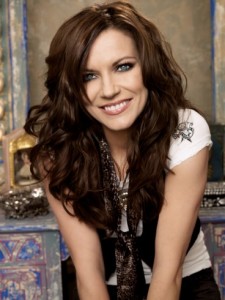 Muncie, Ind. NiteLite Promotions is proud to present MARTINA MCBRIDE: THE JOY OF CHRISTMAS live at Emens Auditorium at Ball State University this Thursday, December 12th at 7:30pm. Tickets are on sale now.

Martina McBride has won four CMA Female Vocalist of the Year trophies, three ACM Female Vocalist awards, a GRAMMY win, numerous national magazine covers and features, and appearances on such shows as VH1’s “Divas,” “TODAY Show,” “20/20,” “American Idol” and “Dancing with the Stars.”  McBride co-wrote six of the songs on her last album, Eleven, which was released in October of 2011. Join us for an evening of her hits and holiday favorites.

Tickets are available at the Emens box office, all Ticketmaster outlets, online at Ticketmaster.com, or charge at 800-745-3000. Emens Auditorium is located at 1800 West Riverside Avenue.