Leon Russell, HeadLines The Great Big Gig In The Sky 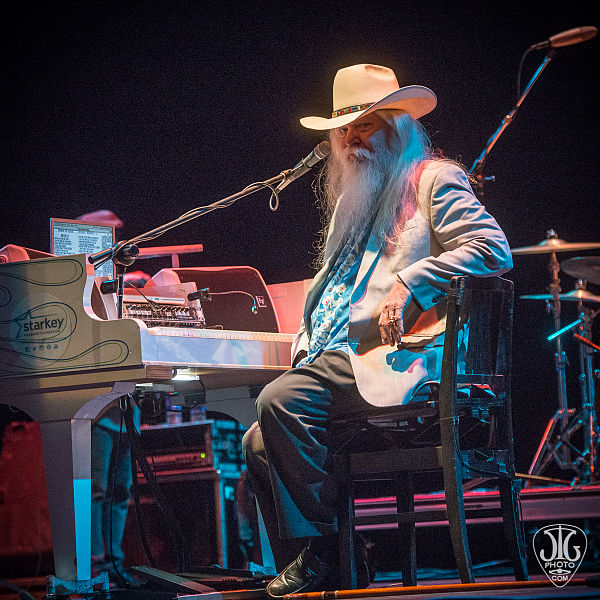 By Jtgphoto (Own work) creative commons via Wikimedia Commons

Leon Russell was an artist my mom played a lot when I was a kid. I paid attention and perked my ears up because a Leon Russell song could make her cry. Today, “A Song for you” is making me cry.

Leon Russell, 74,  went to the “Great Big Gig In The Sky” today. His long, silver hair, scratchy voice, and always present piano is still the image I conjure up when I hear his music. His wife, Janet Constantine posted on the performer’s website from Nashville that leon Russell died in his sleep.

Originally from Tulsa and born Claude Russell Bridges, Russell performed for more than 50 years. He was inducted into both the Rock and Roll Hall of Fame and the Songwriter’s Hall of Fame in 2011. His notable songwriting credits include, “A Song for You,” “Tight Rope,” “Back to The Island,” “Lady Blue,” and “This Masquerade.” Russell was a prominent player in the 1971 “Concert for Bangladesh” at Madison Square Garden, one of the first big charity concerts with George Harrison and Bob Dylan. The resulting record won a Grammy for album of the year. He also released country records and collaborated with Elton John on the 2010 album “The Union.”

Russell had heart bypass surgery in July and was still recovering at the time of his death. Honey Bridges, his daughter, told CNN he was recovering from a quadruple bypass when his health took a turn for the worse. Reuters reported that Russell’s health problems also included treatment for leaking brain fluid in 2010.

Russell and Janet Constantine have been married since 1983 and have three children.

We wish the Russell family comfort in this time of sorrow. We lost a superb musician and person today. Our sympathies are with his friends, family, and fans, <3 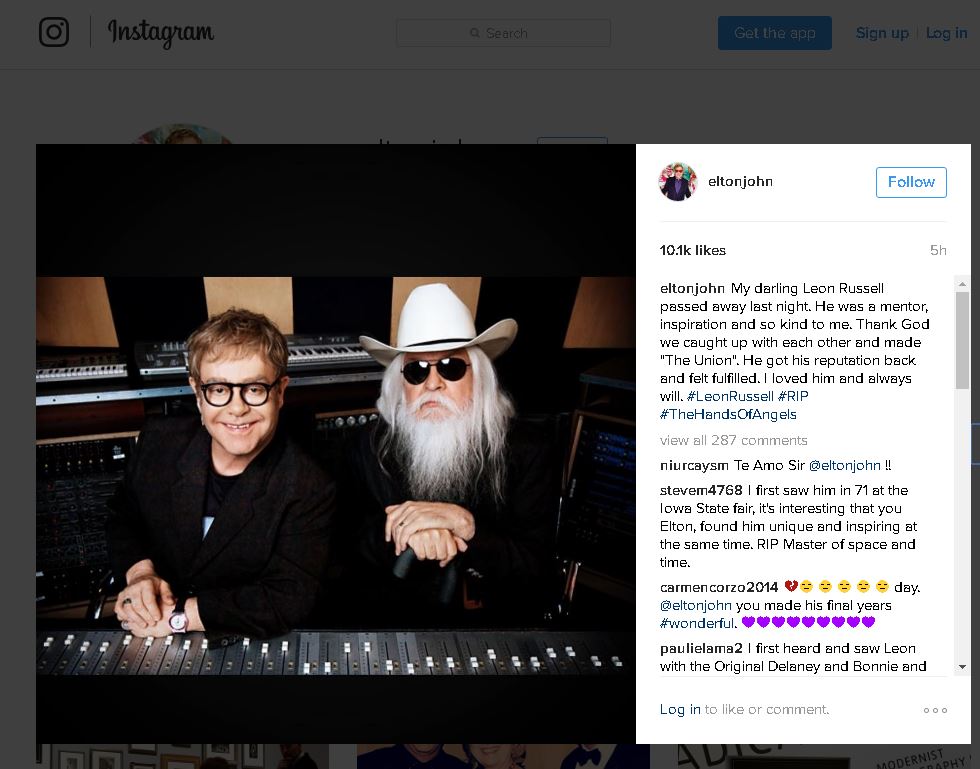 elton john @ instagram: My darling Leon Russell passed away last night. He was a mentor, inspiration and so kind to me. Thank God we caught up with each other and made “The Union”. He got his reputation back and felt fulfilled. I loved him and always will. #LeonRussell #RIP#TheHandsOfAngels