Jim Peterik, His Words and Music 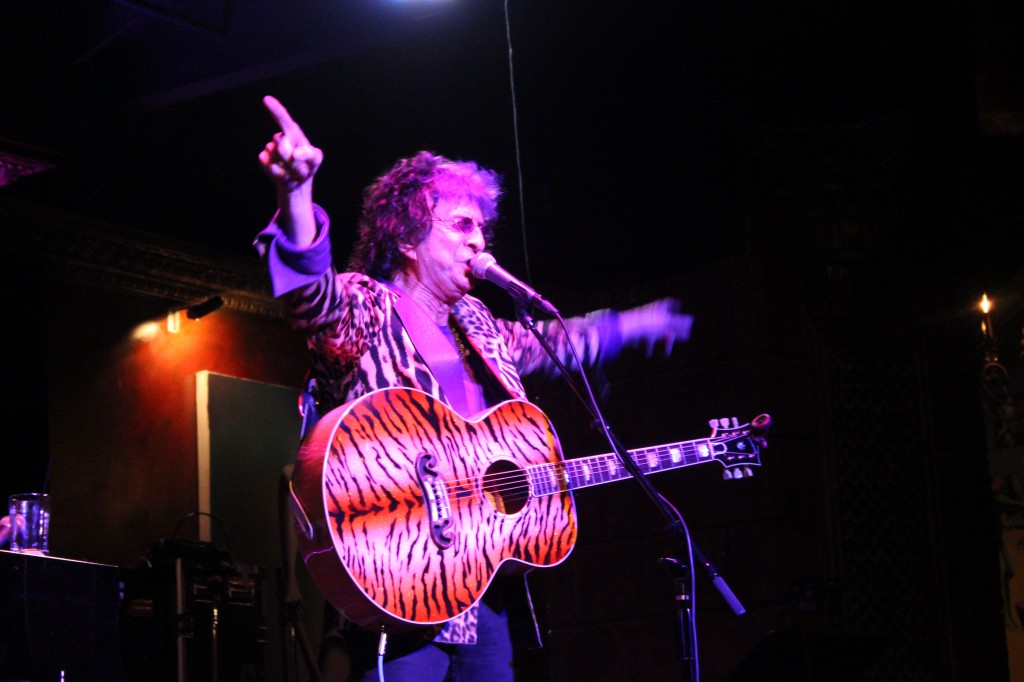 In talking to songwriters over the past several years, it becomes clear that although the end result is the same, the methods for pulling a song together can be very different. Some start with a guitar riff, and some have words just waiting to be put to music. Some get on their knees and pray for inspiration, and others, like Jim Peterik, can pretty much find inspiration everywhere.

Jim Peterik writes a lot of music, sometimes alone, sometimes with friends. You may have heard of one or two of his songs: “Eye Of The Tiger” for Survivor, “Vehicle” for The Ides of March, “Rockin’ Into The Night” and most every other charting song for .38 Special. But wait, there’s more… so much more.

Jim Peterik is also a published author. In addition to writing the very successful ‘Songwriting for Dummies,” he has just published his autobiography, aptly titled “Through the Eye of the Tiger.” The book covers all aspects of his life, from nerdy kid living in the suburbs of Chicago to Grammy Award winning and Academy Award nominated composer. 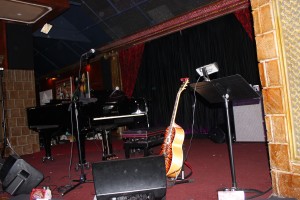 In support of his autobiography, Peterik was the center of attention at The Cutting Room in NYC for a book release party. Proving that not all rock stars are made equal, Peterik walked in on time, and greeted everyone in the room like an old friend, asking questions and remembering names. After an hour of working the room, it was time for Peterik to slip into his comfort zone. It was time for a little music.

As the crowd moved from the bar area to the club itself, the stage setup told us all we needed to know. On a stand near stage right stood an acoustic guitar, a tiger striped acoustic guitar. The only other instrument on stage was a black grand piano, which on this night, would be used for only one song. 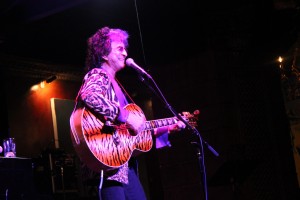 Jim Peterik has had an interesting life and as he stood onstage, he told the story of how each song he performed, was written. “Hold On Loosely,” the hit for .38 Special, “Heavy Metal” co-written with Sammy Hagar, Survivor’s “Is This Love,” “I Can’t Hold Back,” “Burning Heart,” “Eye Of The Tiger,” and from his days as the frontman for The Ides of March, “LA Goodbye,” and of course “Vehicle.”

At one point he told the story of this past September 1, as he and his wife celebrated their 42nd wedding anniversary and the birthday of his son, he received the call from Jimi Jamison’s daughter, telling Peterik that her father, the lead singer of Survivor, had died suddenly at the age of 63. Peterik then told the story of Jamison’s audition for the band, sat down at the piano and sang “The Search Is Over.” It was apparent to all in the room the pain of Jamison’s death is still raw and close to the surface. The tribute to his late friend was as heartfelt and heartbreaking as was humanly possible. He almost made it through without letting the emotion break through. Almost. For others of us in the audience, getting through without emotion was not possible. 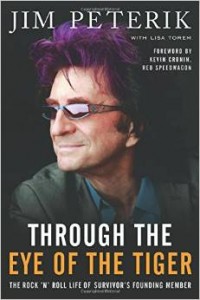 His hour-long show was intimate, emotional and thoroughly enjoyable. The autobiography is as well. Peterik was involved in so much of the musical culture from the 80s that the cast of characters making an appearance in the book is both wide-ranging and memorable. While the book is not the usual rock star saga of debauchery, Peterik’s story alone has enough meat on the bone to make for an interesting read. Once you throw in the backstage drama of a power struggle within the band while their songs keep climbing the charts, the pages fly by.  It’s an easy read, and if you lived during that era, it’s a fun ride down memory lane.