The 40th Anniversary tour of Foreigner has had stops at many cities in the U.S., and their recent stop in Indianapolis was a sold out show at Klipsch Music Center.  First up, Jason Bonham’s Led Zeppelin Experience.

Jason Bonham is a very good drummer, like his father who gained near immortality with Led Zeppelin. While it’s true that drummers usually get no love from photographers, requiring them to shoot from the soundboard is inconvenient for the photographers, and angers the fans. Fans understand photographers in the photo pit, hence the name “photo pit”, but in 9 out of 10 cases, a fan, way in the back complains that they paid good money for a seat, and the photographer is in the way. Aging female artists think shots from a distance won’t show their flaws, but if you aren’t Madonna or Cher, put photographers in the photo pit. Other than this rant, Bonham’s entire set was great. Yes, they’re still a cover band on a national tour, but it was a solid performance. 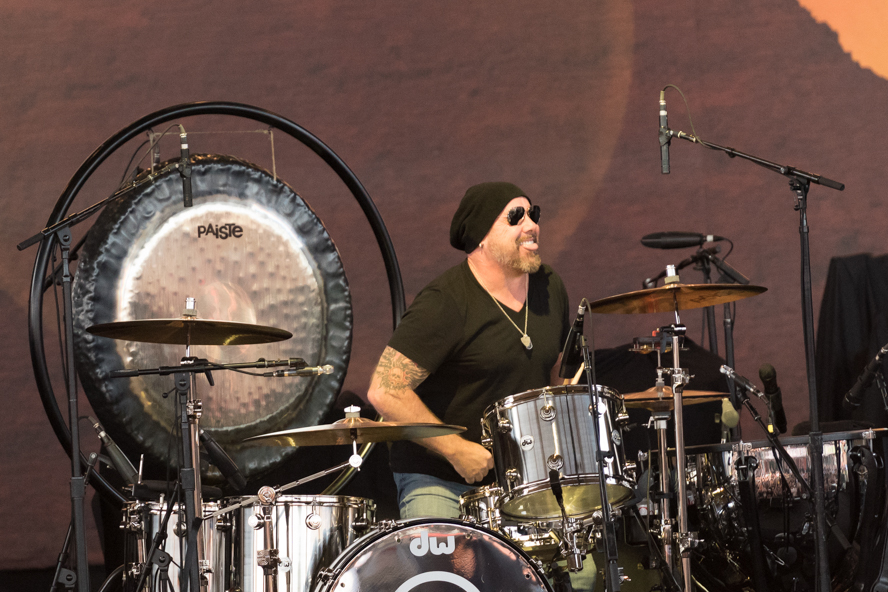 Next up, Cheap Trick — a good band 35 years ago who because of MTV or whatever reason, drifted into obscurity and smaller venues until “That 70s Show” revived their careers. Briefly. This writer remembers a few short years ago when they worked to put on a concert, and would have to tell fans that “The theme from That 70s show — That’s us!” Then, came the Rock and Roll Hall of Fame nomination that I feel is their downfall. First, they don’t belong in there, anymore than Donna Summer — certainly not while Todd Rundgren is still out, but worse, the induction seems to have caused them to believe their management company’s hype. Robin Zander turned in a decent performance of Flame and Surrender, and Rick has a great time but when the highlight of the show is Neilson throwing 200 guitar picks into the crowd, it’s time to check your ego at the door. The only restrictive photo contract of the night, I have to wonder if they’ll try to join the aforementioned divas, and start going only by their first name, “Cheap.” Opening for Foreigner, take a lesson. Have fun, don’t worry about people exploiting your images. Guys, before this Rock Hall thing, you were lots better. 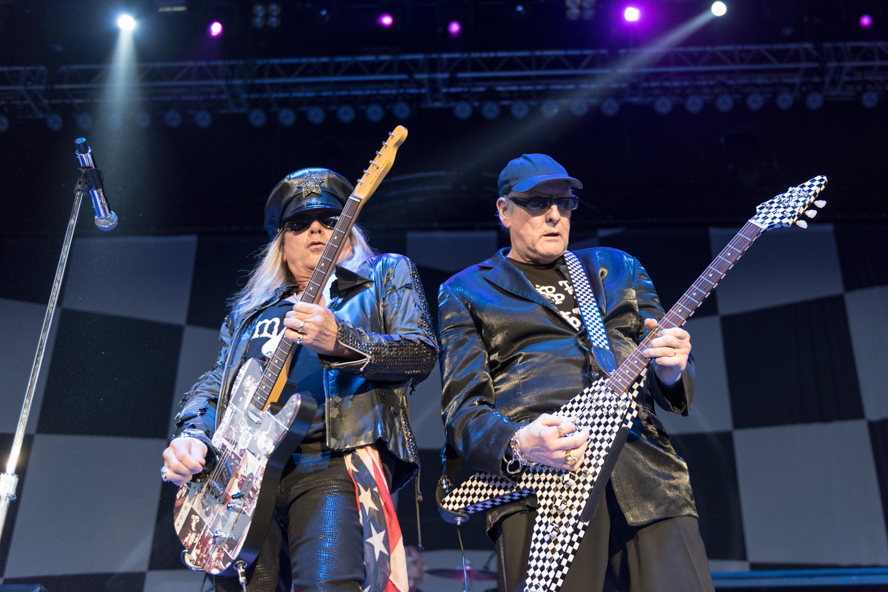 Foreigner is a solid rock band, and they have the scars to prove it. Breaking up a decade ago, with Jason Bonham as the drummer, rock legend Mick Jones didn’t know how to put the band back together. Jones in a true rock star, songwriter and producer of albums by Billy Joel and Van Halen. He endured a nasty lawsuit from Lou Gramm over replacing him with frontman Kelly Hansen and a medical situation where he eased back onto the stage in 2013. Foreigner doesn’t showcase new material, instead focusing on the basics, promoting music in schools and at Indianapolis, raising money for Shriner’s Hospitals at the show. As is their staple, they bring out a local high school choir to help them sing “I wanna know what love is” and donate a small amount to the school. In Indy, it was the choir from Greenwood High School, just south of town. A Foreigner show is as solid a performance as you’ll see anywhere, with the band having the day of their lives, every single show. They performed all the hits, and energizer bunny Hansen cannot get enough of the spotlight. Bravo! 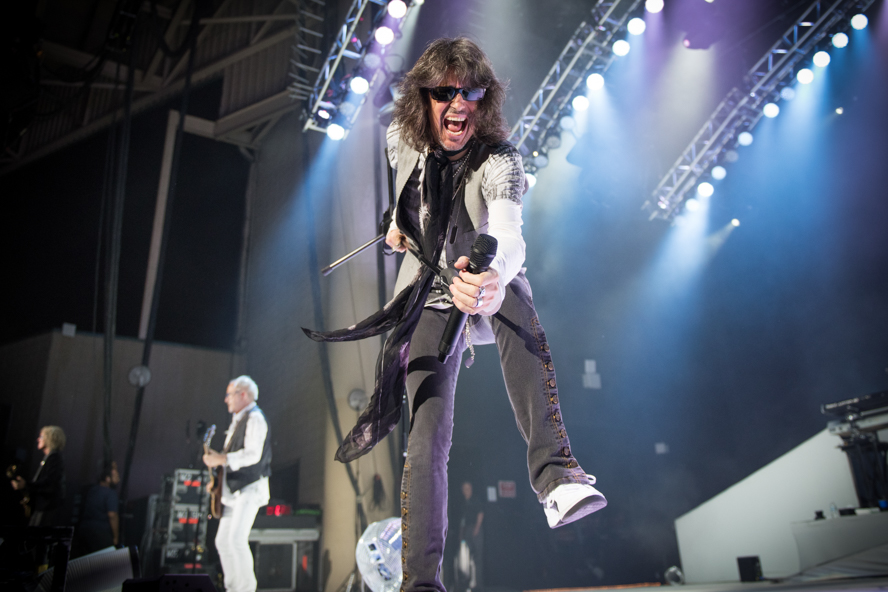 Photo gallery of Foreigner from the show:  https://musicnewsandviews.com/foreigner-40th-anniversary-gallery/