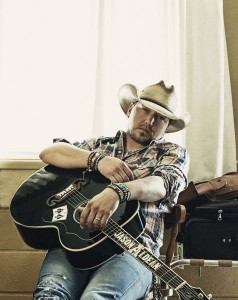 The inaugural Legends Day concert will feature Aldean’s high-energy show, and follows a long string of sellouts for the multi-platinum star across the country including some of the nation’s most legendary venues like Madison Square Garden, Wrigley Field, the Hollywood Bowl and two-nights at Fenway Park. The ACM nominee and reigning “Male Vocalist of The Year” is kicking off the year hot on the heels of what was a career-defining year, most recently announcing his 2014 “Burn It Down Tour,” which kicks off May 1 in Roanoke, Va.

“Over the last several years we have continued to add reasons for our fans to visit the Indianapolis Motor Speedway the day before the Indianapolis 500 to celebrate our current drivers and the legends of the race as part of Legends Day,” said J. Douglas Boles, Indianapolis Motor Speedway president. “Adding a concert featuring an outstanding entertainer like Jason Aldean is a fantastic way for fans to cap off a day of honoring our current and past drivers and get geared up for ‘The Greatest Spectacle in Racing’ that will take place the next day. ”

Aldean has tallied 12 No. 1 singles at Country Radio and has sold over 8.5 million albums to date, with his current album “Night Train” scoring the biggest debut by a male artist in five years, earning platinum certification in only four weeks.

As the Official Tire of the IndyCar Series and the Indianapolis 500, Firestone’s sponsorship of the inaugural Legends Day concert represents its longstanding relationship with IMS.

“Firestone is a legendary brand, so it is fitting that we honor a legend in Mario Andretti with a legendary event featuring Jason Aldean,” said Philip Dobbs, Chief Marketing Officer at Bridgestone Americas Tire Operations. “Integrating the diehard fan bases of Firestone, racing and country music will only add to the excitement and tradition of the world’s most historic track, a place where legends are made.”

The concert will begin at 5:30 p.m. (ET) featuring up-and-coming country music sensation Tyler Farr, who is an ACM nominee for New Artist of the Year. Recognized by country music fans everywhere for his platinum No. 1 single “Red Neck Crazy,” Farr had the highest debut by a male country artist on the 2013 Billboard Top 200.