James Moore, Author of “Your Band Is A Virus” On Making Music Promotion Work 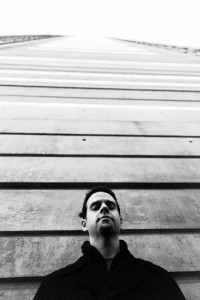 As we all know, the music business is not what it used to be. While it’s easier to record and upload your music to the masses, it’s not quite as easy to make a living doing it. People want to experience music; they just don’t want to pay for it. In the present musical climate every band needs a plan to market themselves, but sadly, too many haven’t a clue where to begin.

About five years ago musician James Moore found out the hard way that not all PR is created equal, and if you want something done right, you might be better off doing it yourself. So after knocking on doors, asking questions and networking non-stop, James had a lot of the answers he needed and decided to share that knowledge by way of starting a music promotions company and later writing a book detailing how to successfully promote your band.

Independent Music Promotions is a worldwide PR firm based out of Canada. As Founder and CEO, James Moore is immersed in every campaign, and based upon his knowledge and track record, that is a very good thing. The expanded edition of his book “Your Band Is A Virus,” is more than a how-to guide; it’s probably the most comprehensive book on music marketing ever published. Want to know how to write a press release, there’s a step-by-step example. Need to find some music writers to review your album? Moore gives you the links and the directions on how to create relationships with them. Honestly, it should be required reading for every musician.

I recently sat down with James Moore and discussed the importance of PR, the music business itself, and why he is giving away all his trade secrets.

Kath Galasso: You are a musician who decided to get into PR because you couldn’t find a PR firm that delivered long term PR value. How did you end up with your own promotions company?

James Moore: It just kind of ended up this way. I was always the guy in the band, while they would finish work and go home and be able to relax, I would just be obsessed and be on my computer promoting, looking for ways that would take us to next level. Usually what I ended up doing was landing reviews and press. So I did this for all my projects over the years and at one point I thought I should really be earning a living off it or helping other artists who maybe are a little clueless as to how to get this going. So that was a big part of how it all came about and how “Your Band is a Virus” came about too. But also as a musician, I was really dissatisfied with the music marketing books and music PR, and how it was ok in that genre to not really deliver results. So I thought I would take it on myself.

You also wrote in your book that you got into PR because of ethics and your passion for music. Ethics is not a term that historically lends itself to PR of any type. Tell me how you try to keep it real.

Well it helped getting ripped off by a PR company. Basically we really believed in this album and paid them a substantial amount of money and they came out with just a couple of reviews when all was said and done. Of course during the process there were updates and we’d talk, but there wasn’t much delivered in the end. So I turned around and ended up getting a lot of press for the same release. And that was kind of a gateway for me. I thought if you only take on good music and you work hard and actually have the contacts rather than just sending to a list, it is possible to do this properly and ethically. It helped me to be a musician myself because I thought “I’m my own customer.” The only way I’m going to do this is if I’m happy myself with the results, if I’d be happy as a musician receiving this. So if there’s ever a case where I’m not happy, then I’ll just keep going beyond the time limit of the campaign or I’ll provide a refund. I just want to sleep well.

Your PR company Independent Music Promotions is built on being choosy about who you represent, and you just touched on having a money-back guarantee if you fail to deliver on your defined goals. Explain that philosophy as a business model.

99% of the time it doesn’t happen, but at least it’s there as a protection for the artist so they know going in they don’t have to worry. Of course, doing this for five years, there are going to be some relationships that for whatever reason, maybe the expectations are extreme or as people you don’t quite jive, it’s just part of doing business. I would rather we both part ways happy than there being some sort of leftover energy or grudges. I think it’s much more worth it in the long run if there’s a problem then you both talk and see what you can do to resolve this. 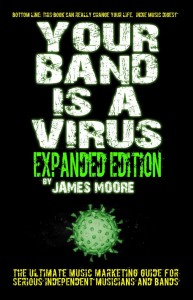 Your book is basically a DIY on how-to promote your band, and what I found which makes it different and so much more relevant is you actually offer step-by-step ideas and actual examples of what works and what doesn’t, as well as any website link that may be helpful. Most authors would never give out that many specifics. I’m sure you might lose some prospective clients that way, but the ones you do attract will come to you prepared. Do you find that to be true?

Yeah, I do find that. The reason why I wanted to be more of an action guide was because when I was reading music marketing books I’d read through them and just start to get annoyed because there would be so many stories and lengthy case studies of artists who’d sent out chocolate bars in their press packs. Entrepreneur books and general business books can be so terrible because they’re all just general motivational speaking, and I like stuff that is “Alright, here’s how you facebook advertise. Here’s how you learn it and use it for your business or your band and you can try this right now.” That’s really the only thing that’s helped me with my business.

As far as artists doing it themselves, there’s a ton that they can do themselves and I think where there’s a will there’s a way. That being said, I think part of the real DIY ethic is learning when to outsource certain things. I think that artists should be honest with themselves. If marketing isn’t quite getting the results they want, or for anything, like doing your own logos and merch, be honest with yourself. It pays to get that team around you who have that outside vision.

You have a statement in your book, “Don’t expect a linear path.” I think that’s very good advice, tell me how relates to up-and-coming bands.

I think it relates to up and coming bands and business owners too, in that there are a lot of people who just want some algorithm they can be told and they want a surefire way to climb the steps with it. Artists in particular and I’ve heard this from a lot of artists, this can mean an approach to a PR campaign or anything, I tell them to try some targeted Facebook advertising. A lot of people have the mindset where they say “Well can you tell me exactly what I am going to get before I do it?” That is the question that will just kill you. I think you have to jump in the water and just go. You have to try things and take risks. Maybe you’ll waste $500 on advertising that didn’t come through or maybe you’ll lose a little bit of money tweaking your social media, but that’s all part of the building and I think it’s really important for artists to take risks, try things and learn as you go along.

You tackle everything from EPKs to contacting music blogs to videos to film & TV placement, it’s basically a bible for bands to get to the point where they become professionals, yet it seems too many bands are not equipped or even expecting how much work it takes. Generally, what are the absolute must-dos for a band?

It’s going to be a very rare artist who’s going to learn the ins and outs of licensing or reach out to film contacts, but I think it’s really important for artists to understand fully, without a doubt, that they are not going to be found. No one is looking for them. No one is going to knock on the door. I hear this “good music will be found” all the time and it just drives me up a wall. I think once an artist has that through their head, then their main goal is to start connecting with people. Just talk with people, email people in the industry and ask their advice. If you don’t send those emails, if you don’t express yourself and actually connect, and this applies to all aspects of the industry, if you ask people advice, they want to help you. But if you ask them for help, they’re not going to get back to you. Don’t worry about how far up they are in the industry, just contact them and ask them for advice. A lot of them will get back to you and you’ll be surprised how many of them will hand you opportunities too.

What trends do you see in marketing at his time?

I think streaming, though it’s been going on for years of course. I think one thing a lot of artists don’t think of, they’re tweaking their home page and while that’s important, you have to go where the eyes are, and a lot of the eyes right now are on Spotify. You go on there and it’s your own currency. A lot of artists don’t pay attention to it because it’s not necessarily huge immediate revenue, but the one thing they are forgetting is if you’re focused on selling a lot of 99 cent mp3s, you’re a dinosaur already. So I think artists need to learn the new streaming media, like how to get noticed in it. It’s just as important as when they learned how to sell their CDs. So, looking up a Spotify playlist, getting included in it. There’s up and coming artists that are getting hundreds of thousands of plays a month on Spotify. The way that it has its own currency is now there are all these people who’ve favorited you, they’ve bookmarked you, they’re watching out for your show, they’re looking for your merchandise. They’re going to find other ways to support you too, if you let them. Whether through crowdfunding or otherwise, but I really think a lot of it is in streaming. That’s what people are consuming. 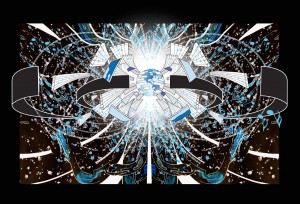 James Moore “Your Band Is A Virus” link