Jake Shimabukuro at The Palladium 11/7/16 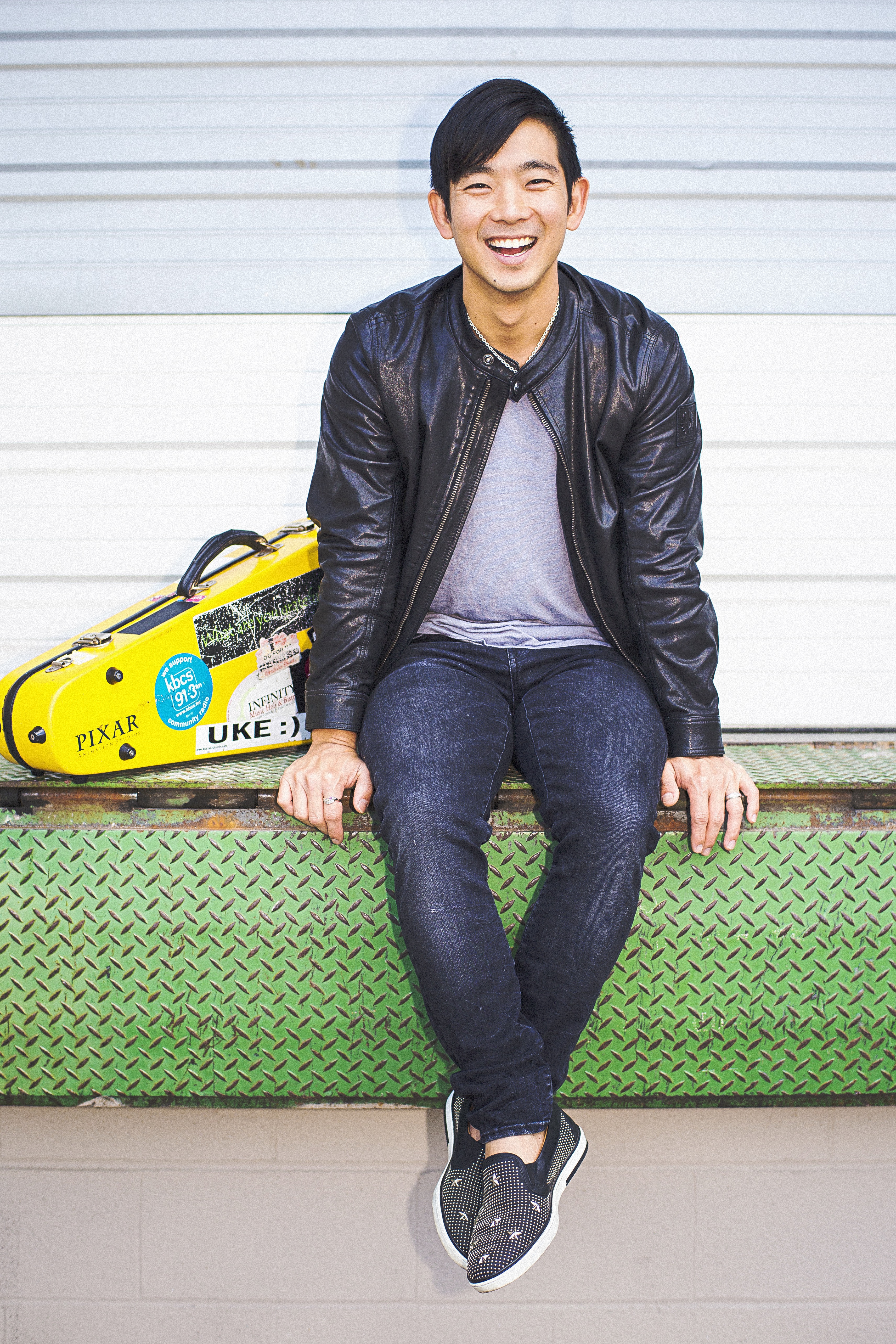 Jake Shimabukuro at The Palladium 11/7/16

While some people may only associate ukulele music with swaying palm trees and ocean waves crashing on the shore of a tropical island, those who attended Jake Shimabukuro’s concert at The Palladium last night witnessed a demonstration of just how much more imagery can come from music played on the four-stringed instrument.

Currently on tour to promote his new album Nashville Sessions, Shimabukuro and bassist Nolan Verner treated the audience to seven songs from the new release during their 90-minute set. Each of the new songs were originals that Jake, Nolan and drummer Evan Hutchings came up with during the six days they spent together in a Nashville studio earlier this year.

One of the new songs, Galloping Seahorses, opened the show. The instrumental started out with the stylings that harkened back to traditional ukulele music, only to serve as a launching pad for Jake and Nolan as they increased the pace and tempo of the song. Numerous times during their 21-song set the duo followed that same pattern, one that was warmly received by the audience.

Early in the show Jake told the audience about how they came up with the titles of the songs on the new album, temporary names that would help the trio identify which song was which, only to have the transient titles become permanent.

Interspersed with the new material, Shimabukuro and Verner treated the audience to other original songs (Red Eye and Dragon) as well as captivating covers of rock ‘n’ roll classics, including Come Together and Bohemian Rhapsody.

A highlight of the evening came when Jake shared with the audience an example of how he will sometimes sit at home, a ukulele in his hands, and start playing whatever music comes to mind. The “see where it goes” medley performed this evening started out with Celine Dion and Andrea Bocelli’s The Prayer, and rolled on with: Somewhere Over the Rainbow, What a Wonderful World (which included a quick Louis Armstrong vocal impression by Jake), In My Life, Something, Time After Time, Eleanor Rigby and Ave Maria. This musical interlude earned and received a standing ovation from the audience.

“The show’s not over yet!” exclaimed Shimabukuro, as Verner returned to the stage after the medley. Like the first thirteen selections of the evening, the duo’s performance of the remaining eight songs of this show mesmerized and impressed the audience, whether it was an original tune (the aforementioned Dragon) or a cover like While My Guitar Gently Weeps, which served as Shimabukuro’s encore of the evening.

Several times during the show, Jake acknowledged the ukulele students in the audience, some of whom gathered in the east lobby of The Palladium and performed several songs for other audience members prior to the concert. Shimabukuro encouraged the musicians to pursue their dreams with passion, and to stay drug-free. It may have actually been a message intended for everyone in the audience, young and old.