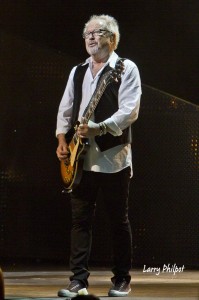 After being absent from the 2012 tour due to rumored health problems, original founding member of iconic rock band “Foreigner” took the stage at this year’s Summerfest and broke attendance records.  Here are some photos from that show.  During the first 3 songs, Mick Jones was not on stage and was introduced about 8 songs into the high energy set.  I was able to grab a couple of shots of Mick from fairly far back in the venue.

To view the photos, except for the one on the left, click on one below to see them all.  Comments welcome!