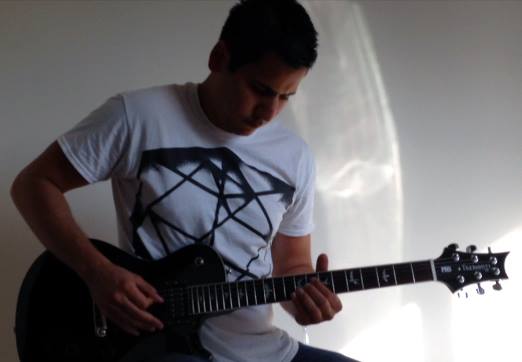 Burak Ozmucur has traveled a long road in search of a landing spot for his musical career. From his birthplace in Istanbul, Turkey, Ozmucur has now made a home for himself in the USA, specifically, the Great State of New Jersey. It’s from these quarters that he has released his latest work, A Distant Light.

A Distant Light is a four song EP that travels the plane between heavy metal and prog rock, with a side trip to the ambient station. On the EP, Ozmucur wrote and produced all the songs, as well as played all the instruments. There can be a tendency for musicians, when controlling every aspect of their work, to become a little over-indulgent. While there is a feeling of more over less, that tendency is not apparent in this project.

Throughout the EP, tension rises and falls, a feeling of apprehension gives way as a smoothness takes over. Lyrics are sparse, barely enough to point you in his desired direction. The title track begins the journey. Each instrument slowly fills in then bursts into a fully encompassing panel of sound. The feeling is of a boat in a storm seeing ‘a distant light’ while struggling to reach it. Even the vocals exhale a plea to keep moving forward.

“Closer” has an interesting and intense build-up right from the start. Keyboard licks bounce off each other until the drums and bass kick them aside to steal the thunder. Trippy vocals create a blurry cloud drifting in and out of the music.

As much as “Closer” offered an initial build-up, “The Illusion” starts out with full-out chaos. The opening lyrics, “A change, So violent,” perfectly describe the feel of the music. Vocals and music vie for attention until a short piano interlude breaks the tension.

The EP ends with “Expectations.” As the most melodic song on the album, “Expectations” stacks the rhythm over the easy rock line. Drums reach a crescendo and give way to the fluid melody like a crashing wave hitting the shore.

Throughout the EP, Burak Ozmucur measures out the depth between music and words. The music offers the energy while the vocals gently set the route. A Distant Light retains its singular focus from start to end. There is light up ahead, there is hope, we just need to find it.

Listen to A Distant Light:  Bandcamp 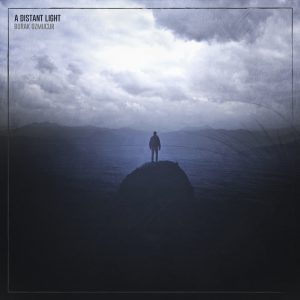