Dear RNC and The Donald… 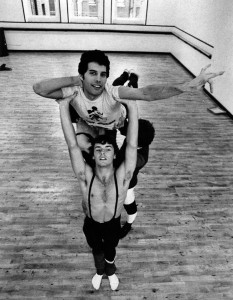 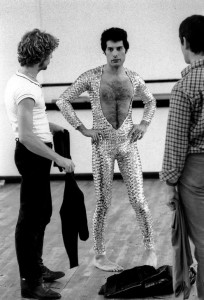 I watched in disbelief as a character actor from Duck Dynasty, Scott Baio, and Rick Perry graced your stage — but seriously — using the Late, Great Freddie Mercury and “Queen”, to hype your anti-gay, anti-female agenda made me throw up in my mouth a little.

How does an entire political party rationalize these stances, and then rip off, “We Are The Champions” for their own use? Let’s just hope that the RNC is paying the royalty fees — even if they are completely hypocritical in their music choices.

Here’s what the Republican Party Platform has to say on the same sex issue:  “Traditional marriage and family, based on marriage between one man and one woman, is the foundation for a free society and has for millennia been entrusted with rearing children and instilling cultural values. We condemn the Supreme Court’s ruling in United States v. Windsor, which wrongly removed the ability of Congress to define marriage policy in federal law. We also condemn the Supreme Court’s lawless ruling in Obergefell v. Hodges, which in the words of the late Justice Antonin Scalia, was a “judicial Putsch” — full of “silly extravagances” — that reduced “the disciplined legal reasoning of John Marshall and Joseph Storey to the mystical aphorisms of a fortune cookie.”

PS — Good Luck with that “champion” thing — let us know how it works out for you.  😉

Freddie Mercury (born Farrokh Bulsara; 5 September 1946 – 24 November 1991) was a British singer, songwriter and record producer, known as the lead vocalist and co-principal songwriter of the rock band Queen. He also became known for his flamboyant stage persona and four-octave vocal range.[2][3][4] Mercury wrote and composed numerous hits for Queen (“Bohemian Rhapsody,” “Killer Queen,” “Somebody to Love,” “Don’t Stop Me Now,” “Crazy Little Thing Called Love,” and “We Are the Champions.”); occasionally served as a producer and guest musician (piano or vocals) for other artists; and concurrently led a solo career while performing with Queen.

Mercury was born of Parsi descent in the Sultanate of Zanzibar and grew up there and in India until his mid-teens, before moving with his family to Middlesex, England — ultimately forming the band Queen in 1970 with Brian May and Roger Taylor. Mercury died in 1991 at age 45 due to complications from AIDS, having acknowledged the day before his death that he’d contracted the disease.

In 1992 Mercury was posthumously awarded the Brit Award for Outstanding Contribution to British Music, with a tribute concert held at Wembley Stadium, London. As a member of Queen, he was inducted into the Rock and Roll Hall of Fame in 2001, the Songwriters Hall of Fame in 2003, the UK Music Hall of Fame in 2004, and the band received a star on the Hollywood Walk of Fame in 2002. In 2002, he was placed at number 58 in the BBC’s poll of the 100 Greatest Britons. Consistently voted one of the greatest singers in the history of popular music, Mercury was voted best male singer of all time in a 2005 poll organised by Blender and MTV2;[5] was ranked at 18 on the 2008 Rolling Stone list of the 100 greatest singers ever;[4] was elected in 2009 as the best rock singer of all time by Classic Rock;[6] — and was described by AllMusic as “one of rock’s greatest all-time entertainers,” with “one of the greatest voices in all of music.”[7]