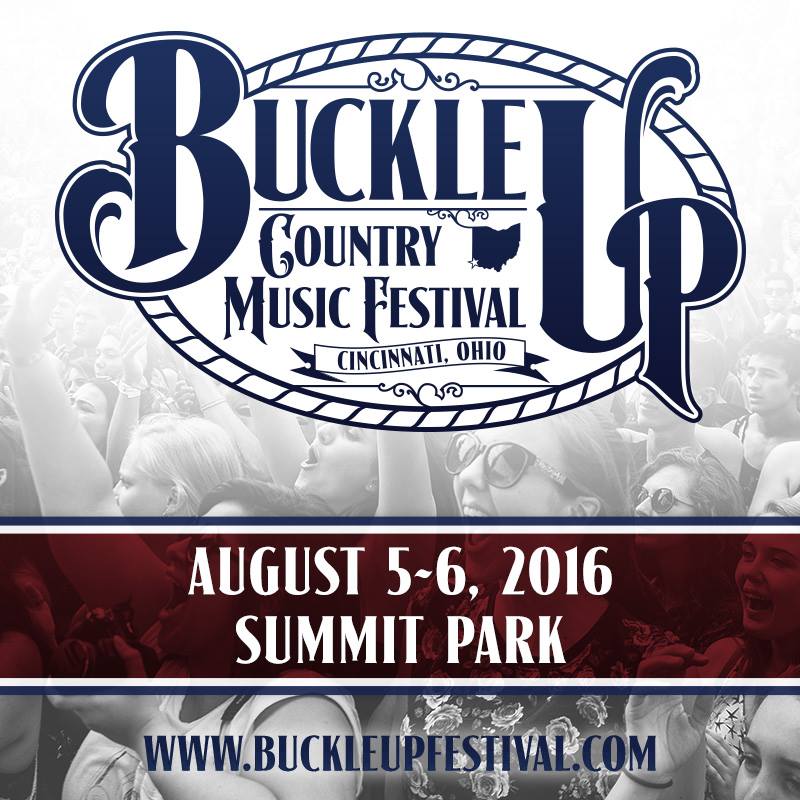 A limited number of two-day early bird tickets priced at just $99.00 plus fees, as well as VIP and Ultimate VIP ticket packages, are on sale now through all Ticketmaster outlets. Two-day VIP tickets are $299.00 plus fees and include:
A limited number of two-day Ultimate VIP ticket packages, which are on sale now for $850.00 and include all above VIP amenities plus:
Buckle Up will be using RFID-enabled wristbands and cashless payment technology for the 2016 festival. A few weeks before the festival dates, ticket purchasers will be mailed their personalized festival wristband and can register their wristband online beginning two weeks prior to the festival. The wristband, sponsored by McDonald’s, grants festival entry and acts as a digital wallet at all festival points of sale. This provides festival-goers with fast, convenient and secure entry as well as shorter beer, food and vendor lines. More information and instructions regarding the RFID wristbands is available atwww.buckleupfestival.com.

This will be the second year for Buckle Up having previously taken place in 2014 featuring notable acts Alabama, Willie Nelson, The Band Perry, Eli Young Band, Old Crow Medicine Show and many more. 2016 will be the first year for the fest’s Summit Park location and under the new ownership of PromoWest Productions.

“2015 was an amazing year for us entering into the Cincinnati market,” said Scott Stienecker, president and CEO of PromoWest Productions. “Bunbury was a huge success and we are looking forward to taking Buckle Up to the next level as well. With the help of our partners and local media who really embraced us in 2015, it will be an even bigger and better 2016.”

Summit Park, located in the center of Blue Ash, is a 130-acre world-class park project where visitors can enjoy interactive programming, unique learning opportunities and year-round experiences in one of the region’s most beautiful settings and is proud to be the new home of Buckle Up Music Festival.

“Buckle Up is a premier event that will enhance Summit Park’s signature characteristics. The space was designed for these types of opportunities and we’re proud to partner with PromoWest in 2016 and beyond for Buckle Up.  With us linking up in just the second year of the parks development, we will grow together as the parks full potential unfolds with future phases. Being able to mix a dynamic public space with a significant music event is something we have envisioned for some time and being able to partner with a proven group like PromoWest makes the effort that much more promising,” says Parks Superintendent Brian Kruse of the event.

For more information visit buckleupfestival.com. Details about Summit Park and Blue Ash can be found at blueash.com.

Be a Sponsor:
Activation space and sponsorship packages are available for 2016. Contact Becky Long at Becky@promowestlive.com.