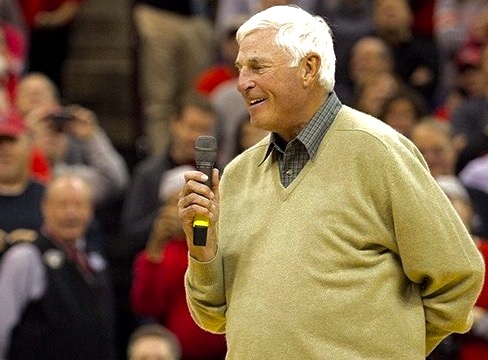 Portion of proceeds to benefit the Victory Sports Education Program

Indianapolis, IN (June 13, 2016) – The originally scheduled appearance of legendary college basketball coach Bob Knight for this Thursday, June 16, 2016 at the Murat Theatre at Old National Centre in Indianapolis has been postponed due to a scheduling conflict. The newly rescheduled show date is Friday, October 7, 2016. All current ticket holders are encouraged to hold on to their tickets as tickets with the original date on them will be honored at the rescheduled show.

The event will feature a Q&A session and a special meet-and-greet opportunity for 40 guests. A portion of the proceeds will benefit the Victory Sports Education Program (VSEP), which promotes the benefits of exercise, proper diet, physical fitness and wellness to encourage local Indianapolis area youth to lead a healthy lifestyle.

Tickets for the new October 7 date can be purchased at the Old National Centre Box Office, all Ticketmaster outlets, OldNationalCentre.com, Ticketmaster.com, or charge by phone at 1-800-745-3000. Tickets range from $35-$55, with a limited number of $200 tickets available for special access to the pre-show meet-and-greet and signed photo opportunity. If a current ticket holder cannot attend the rescheduled date they can get a refund at the venue box office.

All dates, acts and ticket prices subject to change without notice.