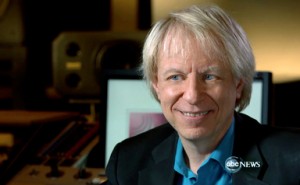 OnStage Magazine is excited to announce the addition of Mr. Bobby Owsinski as Senior Writer. He will discuss the latest technology, music production, and social media as it applies to and impacts the lives of musicians, music industry people, and consumers of music.

A long-time music industry veteran, Bobby Owsinski started his career as a guitar and keyboard player, songwriter and arranger, eventually becoming an in-demand producer/engineer working not only with a variety of recording artists, but on commercials, television, and motion pictures as well. Living in Los Angeles and always on the cusp of the latest technology, he was one of the first to delve into surround sound music mixing, co-founding the industry leader Surround Associates and eventually working on over a hundred surround projects and DVD productions for a variety of legendary superstar acts including The Who, Willie Nelson, Neil Young, Iron Maiden, The Ramones, and Chicago, among many others.

Combining his music and recording experience along with an easy to understand writing style, Bobby has become one of the best selling authors in the music recording industry with 18 books that are now staples in audio recording, music and music business programs in colleges across the globe, including the best selling Mixing Engineer’s Handbook (now in its 3rd Edition), “The Recording Engineer’s Handbook (2nd edition),” and “Music 3.0: A Survival Guide For Making Music In The Internet Age (2nd edition).”  He has also penned hundreds of audio-related articles for a variety of popular industry trade publications such as Surround Professional, EQ, Billboard, Film & Video, Hollywood Reporter, Pro Sound News, Mix, Grammy Magazine, Electronic Musician, Recording Engineer/ Producer and Music Executive Insider, among others.

Bobby keeps a busy schedule providing keynote addresses, master classes and workshops at various colleges around the world. He is a frequent contributor to Rolling Stone (blog), and regularly contributes his analysis of the new music business on Forbes.