The Beatles & The Blues 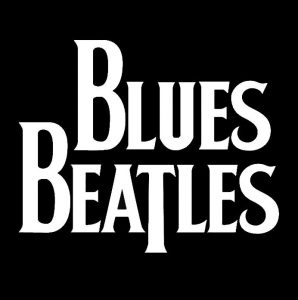 It’s Sacrilege! To Reinvent The Beatles??? Not so much…

Well, yes — as sacrilegious as it might sound, to give the fab-4 a new spin – it’s happened. And it’s good. Really good if you’re a Beatles Fan.

Blues Beatles is a Brazilian band that combines The Beatles’ vocals with hard-driving blues rhythms. They are a true cover band;  not interested in playing along with the jukebox, singing karaoke, or dialing it in. They have seamlessly and successfully melded classic Beatles tunes with deep, down, southern blues. These reinventions of familiar Beatles music lead a listener to wonder what would have happened if The Beatles had signed with Motown through some crazy twist of fate.

Songs like Help, Ticket to Ride and Yesterday receive new arrangements, preserving the most memorable parts and changing others to allow the blues universe to come into action. The result is an innovative studio and stage performances that blends familiar Beatles’ melodies with improvised guitar, piano, organ, and sax solos.

Blues Beatles are currently expanding their activities to Europe, The United States, and Japan with tours scheduled for 2017 and 2018. We’ll keep an eye out on their schedule and try to catch them ASAP. Listen to Ticket To Ride Below. This version would make the late, great Stevie Ray Vaughn proud.