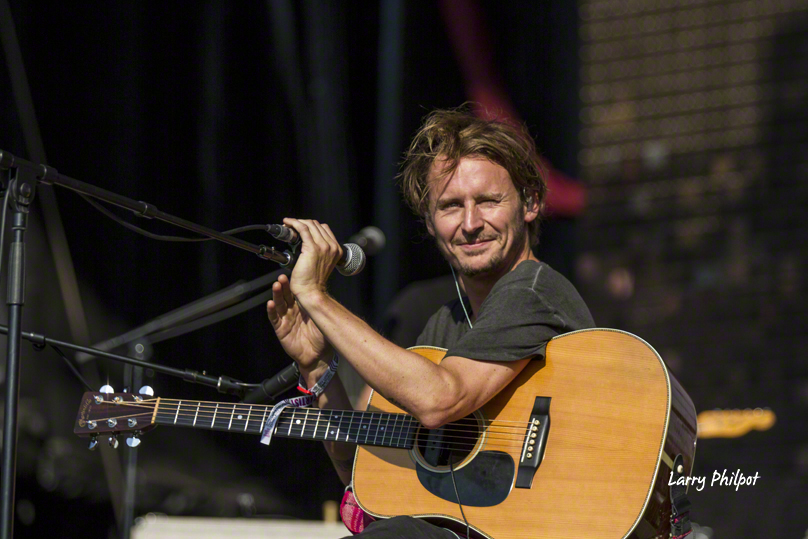 Howard’s performance on the 2nd Sunday at ACL was incredible. It blew me away. Traveling across the U.S. this year, I’ve seen some of the greatest singer/songwriters in the world, but ONLY Ben Howard brought me to tears. “I Forget Where We Were” is the critically acclaimed follow up to Ben Howard’s 2011 debut, “Every Kingdom” and this short set at ACL highlighted the best from this album.
Ben Howard’s music and lyrics float on air. Carried along, in a fluid, seemingly effortless fashion, by lilting ballads and gut-wrenching guitar hooks. The resonance of the cello and 6 string bass, played by the gorgeous India Bourne, an artist in her own right, lend a depth to Ben Howard’s music that touches the soul. This performance was filled with emotion and beauty you rarely see anymore. Ben Howard is gifted, good-looking, and a genius on the guitar.

He is the cream of the crop in this genre of music – which includes artists such as Damien Rice, Nick Drake,and City and Colour. Judging by his performance at this year’s ACL, he’s maturing as an artist and fine tuning his game. Most surprising, the same stage which would later host 35,000 people for Florence and the Machine, had only a couple of thousand people for the Ben Howard performance. While I welcomed the more intimate feel of a smaller crowd, I couldn’t help wondering why the stage wasn’t packed with people to hear this dynamic artist.

If you crave highs, lows, or dark, blistering emotions in your music, then you’ve already heard Ben Howard, and I don’t have to tell you how good he is. You already know.