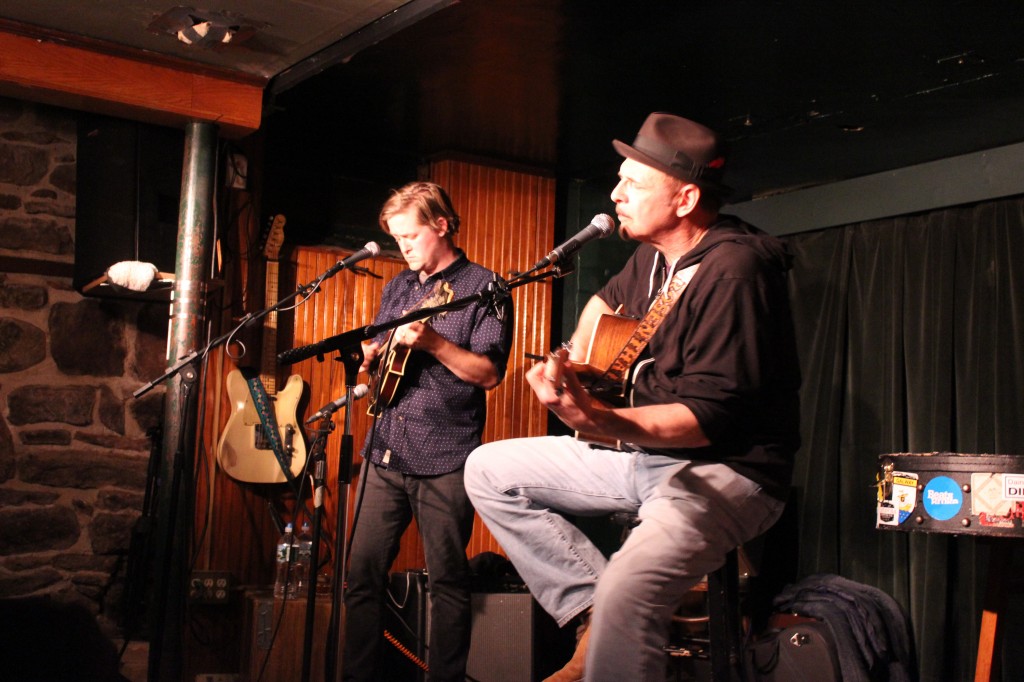 Even though it was, as Americana singer-songwriter Tokyo Rosenthal pointed out, a school night, the crowd at The Turning Point in Piermont, New York did not seem to care one bit. The Turning Point sits a stone’s throw away from the part of the Hudson River known for its beauty, and is a throwback to old roadhouse music haunts, full of history and stories. 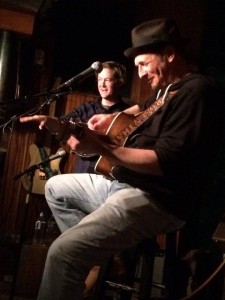 Fitting right into the atmosphere, Rosenthal is a story-teller by nature and his songs reflect on people, places, and incidents in his life. Always approachable, Toke is what many would call a “character.” Smart, funny and entertaining, his set, which also featured Charlie Chamberlain on guitar and mandolin, is an easy ride of original songs mixed with a few covers.

Opening the night with his own tune, “What’s So Bad ‘Bout Bein’ Misunderstood” Rosenthal quickly sold the crowd with his contemplative lyrics and heartfelt vocals. The first cover of the night began with reminiscing on who first introduced you to the Grateful Dead. In his case it was a friend who had passed on a few years ago and he played “Friend Of The Devil” in his honor. A bittersweet song enhanced by Chamberlain’s mandolin.

“Poetry Girl,” an up tempo composition was one of the two songs he played that were written for his daughters. The theme of family works its way heavily through his songwriting, with inspiration of his grandfather in “Mister Tell Me ‘Bout The Great Depression,” and an aunt and uncle’s life as ex-pats in Ireland told in the lovely “House On The River.”

Before he went into “Black To Blue,” he referenced that the song, about how man-made pollution is destroying nature, has been in and out of set rotation since the BP accident off of Louisiana. With every clean-up it gets retired until the next environmental issue. Its timeliness right now reflects the Flint water disaster.

On the day where Merle Haggard reached his 79th birthday and what would become the final day of his life, Toke spoke of Haggard’s influence and performed one of Haggard’s best known songs, “Mama Tried.” I would expect Merle was remembered by many musical artists across the world last night. 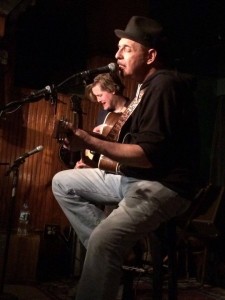 A song which will hit the memory zone of many baby boomers, “The Cold War,” is a tongue-in-cheek look at life in the early 60s where the threat of nuclear annihilation was erased by learning how to “duck and cover.”

“St. Patrick’s Day” is a cautionary tale to his second daughter on the danger of playing with the amateurs on one of the biggest party days of the year.

With a nod to his earlier life as an amateur fighter, his career as a color man for boxing telecasts, and a friend in attendance who was a boxing trainer, Rosenthal ended his set with a touching rendition of “The Boxer.”

Since there was time for “one more,” Toke and Charlie came back to end the night with an old R&B cover. Playing it faster and a little more rock-a-billy than the original by The Drifters, the duo let it all out on “Save The Last Dance For Me.”

A fun night at a comfortable venue. 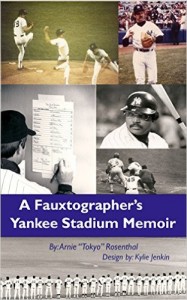 Tokyo Rosenthal and Charlie Chamberlain are currently touring the northeast. Toke’s music can be found at his website. For an enjoyable look at a part of Toke’s life where he became a “fauxtographer” for the New York Yankees during the years of Reggie Jackson, Ron Guidry, Goose Gossage, and even Roger Maris and Mickey Mantle, check out his book A Fauxtographer’s Yankee Stadium Memoir

Who Was That Man

Friend Of The Devil

House On The River

Still She Thanks God

If I Could Draw My Heart

Save The Last Dance For Me