Don't Miss
Home   >   Articles   >   ‘A Temporary Human Experience’ By Turning Virtue. Prog Or Not Prog, Worth A Listen

‘A Temporary Human Experience’ By Turning Virtue. Prog Or Not Prog, Worth A Listen 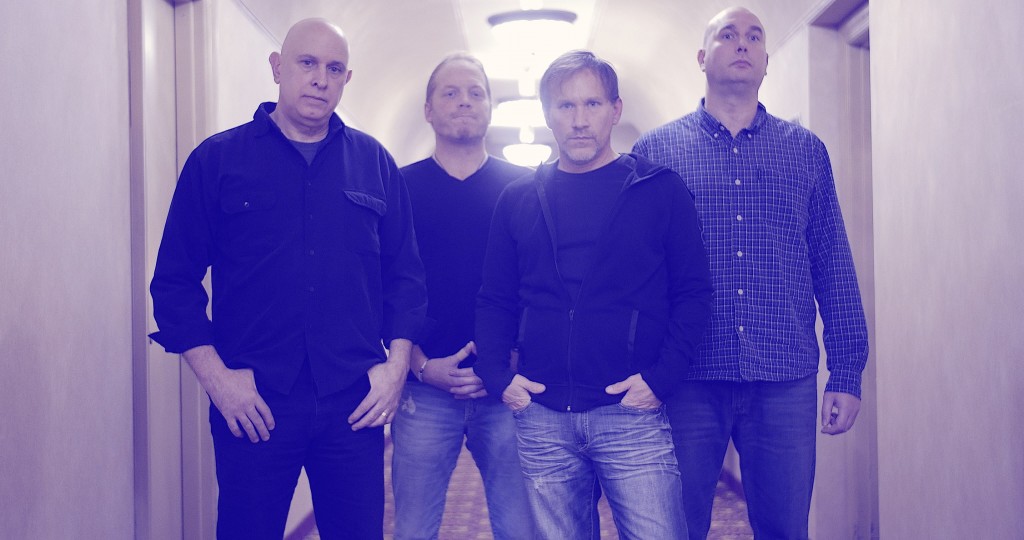 A good rule of thumb for any band is to bring in the best people available. For Buffalo NY’s progressive rockers Turning Virtue, that meant inviting Mark Zonder, considered by Rolling Stone magazine as one of the Top 100 Drummers of all time, and mixing legend Tim Palmer who has worked with Bowie, Plant, U2, and Pearl Jam, to name an impressive few. Mixing was done by Andy VanDette, whose credits include Steven Wilson, Porcupine Tree, Rush, Dream Theater, and Fates Warning. Not a bad start. 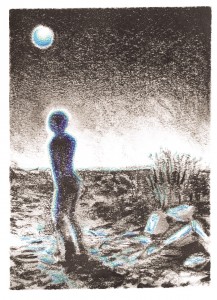 Turning Virtue looks to create Pure, Honest, Authentic Music, and their new release A Temporary Human Experience is testimony to their intentions. While their music has the progressive label, it really is much more than that. Rock with several influences, from a taste of metal, southern, British, and some classic, Turning Virtue is a little genre defining challenged. And that’s a good thing.

Opening the album with “Transcend,” an easy percussion and bass beat turns into an energized drum and guitar loop, eventually settling on a sweet guitar solo by Carl Cino and a many layered progression of sound and vocal.

“Box Of Disappointment” unleashes the most progressive song on the album up to this point. Moving over all territory from slow balladry to experimental, the flavors are added until the eventual blending totally blows down the wall. Creatively it’s exceptional, though it may not be your favorite song on the album. 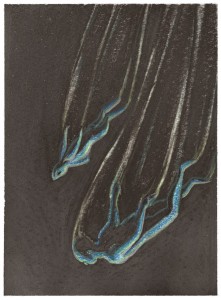 The vocals of David Karczewski on “Dreamin” are wonderfully pure and balance perfectly with the stronger and heavier guitar. A perfect title for the feel of the song even without hearing the lyrics.

Taking the album to the polar opposite of “Dreamin,” “Theody” takes you down a dark, heavy progressive road guaranteed to get your blood pumping.  Next in line, “What’s True,” is fast paced and pulls you along like a spinning amusement park ride. Try keeping up with the drum line on this and not end up exhausted at the end of the song.

The ninth and final track on A Temporary Human Experience is a twelve minute journey that is progressive yes, but also jazzy, and more than a little trippy. Intriguing arrangements and striking production lead in many directions with mostly good results. A certain amount of momentum is lost at times, only to come back as it moves onto another course. As the ending to an album that was hard to categorize before, “Salty Tears” makes a defining statement of the band’s intent.

A Temporary Human Experience is an interesting first listen, but it’s the subsequent listens that reveal the true patina of the music. Not only is the every changing style riveting, but the layers of wonderfully produced instrumentation are each grabbing for your attention. The songs are complex, the lyrics well crafted. And in an era where album art is barely given a thought, the illustrations of MJ Myers should not be overlooked.

In their attempt to create Pure, Honest, Authentic music, it would seem Turning Virtue’s A Temporary Human Experience has achieved its objective. 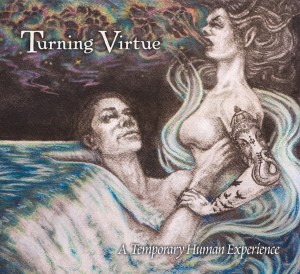 For a taste of the entire album, check out the sampler here: