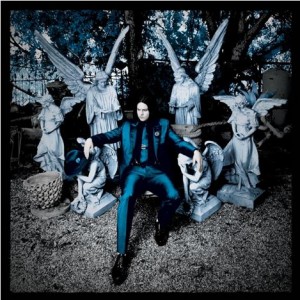 Jack White is pleased to announce a trio of Southern California shows during the release week of his new album, Lazaretto. Jack will perform at the Fonda and the Mayan in Los Angeles on June 10 and 11 respectively, and Pomona’s Fox Theater on June 12. These dates are part of of Jack’s world tour which includes stops at Governors Ball and Bonnaroo, as well as a bevy of other festival and solo headline dates in both North America and Europe. See below for a complete listing. Subscribers to Third Man Records’ Vault service are eligible for presale tickets available on May 14 at 10am PST. Subscribe to the Vault here. General on sale will take place May 16 at 10am PST.

Last night, Jack appeared alongside Neil Young on a mind-blowing segment of The Tonight Show Starring Jimmy Fallon. Footage of the once in a lifetime performance featuring the TV debut of The Third Man Recording Booth — a refurbished 1947 Voice-O-Graph machine and the only publicly accessible voice-to-vinyl recording booth on Earth, trucked in especially for the occasion from its home in the Third Man Records store in Nashville — is now available to view on The Tonight Show’s page. Neil Young’s A Letter Home, recorded in the very same Third Man Recording Booth and reproduced by Jack and Neil, is available for pre-order at http://thirdmanstore.com/featured/a-letter-home-12-vinyl.

As previously stated, Jack White’s album Lazaretto will be released June 10. Last week, Jack and Third Man Records announced the availability of the ULTRA LP format of Lazaretto. More information regarding the mystifying and downright impressive features contained on the ULTRA LP — the first and only of its kind — is available here.

* with Kelley Stoltz
+ with Benjamin Booker